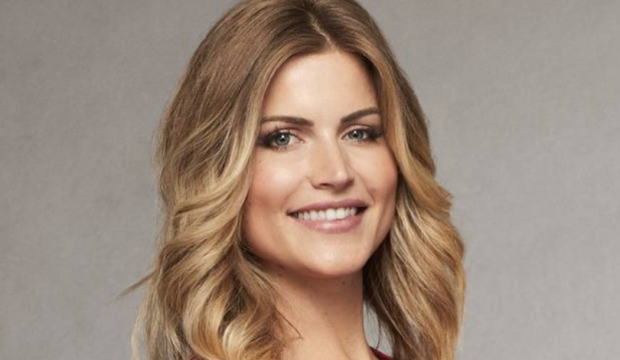 We can already tell that Bachelor contestant, single mom Chelsea Roy is going to be a situation. The 29-year-old South Portland, Maine based Model/Administrative Assistant is laser focused on winning the grand prize–a baby daddy for 3-year-old Sammy named Arie Luyendyk Jr.

So her actual baby daddy’s name is Mike Wilson according to Reality Steve and he and Chelsea were never actually married. They’d known each other for 3-4 years before she got pregnant. But sometime during the first year of their son’s birth Mike started cheating with a former Miss Maine USA, Rani Williamson.

Interestingly, it looks like there are no innocent victims in this sitch because Rani was married to a guy named Gabe Michelson whom she had a 3 year old daughter with.

Naturally when Chelsea found out she was furious and the two broke up.

Mike and Rani went public with their relationship when Sammy was around 1 and now they are married with their own 5 month old baby boy. But according to another insider Chelsea was doing her own cheating on Mike so it’s really a giant cheating love trapezoid.

Interestingly, miss Chelsea who appears to be ALL about Arie was dating New England Patriots wide receiver Julian Edelman up until filming began. So if Chelsea does get the boot look for her to run back into the arms of her wide receiver.

Steve claims that Roy is, “hurt by what Mike did, had some “work” done in the chest area, had the Edelman thing going, and basically went on because she wants to have a modeling career.” Additionally we will not meet Sammy. “Mike didn’t approve of Sammy being shown on TV so never signed the paperwork, hence the reason why we never saw Sammy in her intro video.”

It’s probably for the best. This sounds like a giant mess!