Arie Luyendyk’s first 1-on-1 with Becca Kufrin does not disappoint! 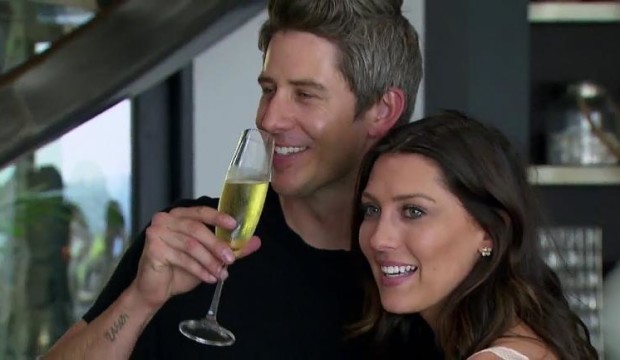 Episode 2 of Janu-Arie begins with the first 1 on 1 date which goes to 27-year-old Publicist Becca Kufrin. And Arie does not waste any time. He takes Becca to meet designer and former reality star Rachel Zoe for a personal styling session.

Arie reveals what he wanted to achieve on this lavish date.

“By bringing in designer Rachel Zoe, I was trying to create an experience that she’d never forget. Becca was breathtaking in all those dresses — each one was more gorgeous than the last. It really felt like we were in a movie. (The part of the movie that they didn’t show was me sitting downstairs by myself eating snacks while Becca changed.)”

Becca seriously scores with some expensive Louboutins compliments of ABC, I mean Arie that she gets to wear on their fancy dinner date later that evening.

“From the moment I met Becca K., I knew she was really sincere about being on this journey. Just because I was now Bachelor doesn’t mean I didn’t have insecurities too, and that first night, she made me feel so comfortable. On a night where everyone’s nerves, especially mine, were out of control, she stood out as someone I could be myself around. To me, that’s so important in a relationship. It didn’t hurt that she is also stunningly beautiful,” Arie recounted in his blog.

At dinner the Luyendyk lover told Becca that she made his “heart smile” and reminded him….of him.

“I’m so glad she felt like she talk to me not just about her past relationship but also about her dad. I’m really close with my father, so it’s hard for me to imagine going through what she went through.”

The date goes off without a hitch and Arie doles out the first one-on-one rose of the season–always a good omen!

Arie Luyendyk Jr. on why the took the gig as The Bachelor

Scheana Marie 'delusional' about her future with Robert Valletta