Scheana Marie ‘delusional’ about her future with Robert Valletta 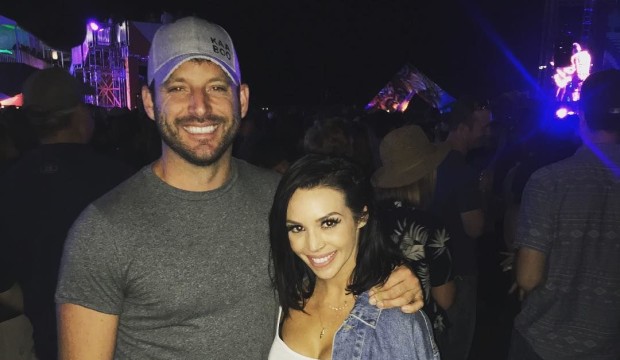 Scheana Marie’s ex husband Mike Shay may have had a problem with addiction, but it looks like Scheana has her own problems with addiction—an addiction to being engaged! Because despite the recent divorce to Mike, she is ready to do it all over again with Robert….but Robert is not having it.

According to a source at RadarOnline, Scheana is “delusional” and still holds out hope that Robert and her will be saying their I dos in the future.

“Scheana would marry him in a heartbeat if he wanted to marry her. But he’s told her that he does not want to be tied down, and she keeps telling him that he will regret it.”

She also appears to be in denial because on Monday night’s episode of Vanderpump Rules, she was informed that Valletta cheated on her while they were together, and there were “several eyewitnesses” that saw him kissing other women.

Marie called the salacious claims “bulls**t” because her man ” is not a kisser!”

“He and I don’t even kiss a lot because he isn’t a kisser,” she asserted. Uh oh!!! Sounds like Robert is maybe…. ‘just not that in to you.’

Arie Luyendyk's first 1-on-1 with Becca Kufrin does not disappoint!