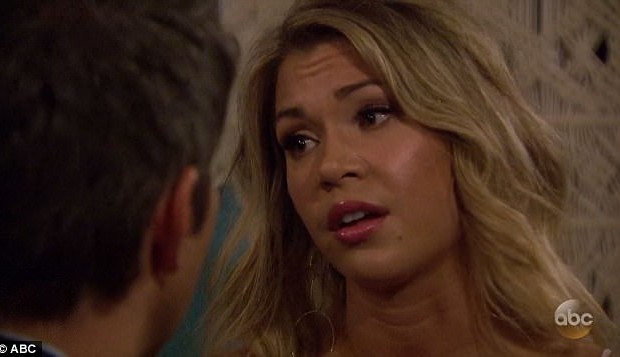 You would think that a bowling date would be the least controversial of potential group dates on The Bachelor, but you would be wrong. Monday night Arie Luyendyk Jr. planned a rather informal Big Lebowski parody date for Maquel, Krystal, Becca K., Bekah, Jenna, Seinne, Kendall, Ashley, Marikh, Jacqueline, and Lauren B.

The girls were divided into two teams — pink and blue. The winners were promised a private cocktail party with Arie while the losers would be banished back to their hotel room.

But Arie being Arie can’t handle missing out on makeout time with any of the amazing ladies so instead he tells the women he will extend the night to make room for everyone after Krystal Nielson’s team wins the comp.

Krystal is furious, and to her credit, she did bowl her heart out based on the trophy she had been promised. So in that sense, she really did have a point, but alas this is The Bachelor and there are no rules, but there are rules and you aren’t really allowed to take anything seriously so her very serious reaction is not received well by the other women. The next scene is really about Krystal’s bathrobe as Krystal goes ballistic in her W hotel suite while luxuriating in a very cozy hotel bathrobe and I have to confess I was feeling very jealous.

I mean why is she fussing about the dumb cocktail party—I would much prefer to lounge in that comfy bathrobe and do a mud mask while watching TV all night than have to get dolled up and make conversation with Arie, but I digress.

Krystal is clearly upset and wants her 1 on 1 time with Arie. She wants his undivided (or at least minimally divided) attention.

Arie sits down at the cocktail party where he fails to notice that Krystal is missing.“We’re all here,” …except we are not “all here” Arie. After the ladies inform him that Krystal is throwing a tantrum in her room, Arie decides the best course of action is to go to her room and talk to her.

Krystal rips in to Arie that he lied and she is ready to bail. Arie responds with, “It’s just bowling,” and Krystal responds, “You know it’s not.”

In orchestrating this dramatic scene, Krystal has managed to alienate pretty much everyone–she seems a bit worried that Arie is going to call her bluff and pulls herself together, enough to throw on a strapless dress and some pretty sauce and heads down to the party.

Later at the rose ceremony Krystal pulls the women aside one by one to explain herself. She let’s everyone know that she was not throwing a tantrum in her room, she was “investigating herself”. (And I am sooooo going to use that excuse to take naps).

And my favorite part: she sits down with Arie, and claims her visceral and emotional reaction was because she was raised in a bowling alley–this also explains her kick-ass bowling skills.

Arie Luyendyk Jr.'s shares details on his 2-year relationship that ended in a miscarriage