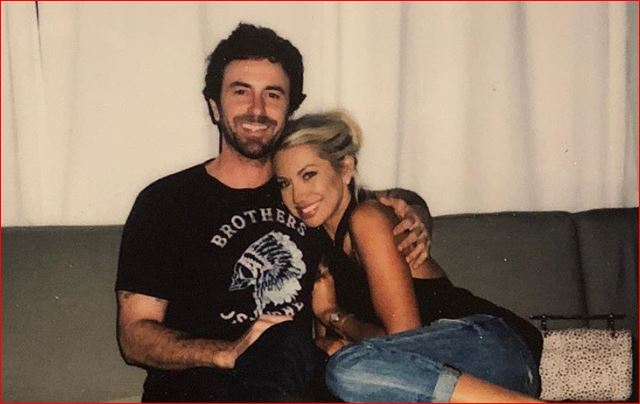 I have to say I have never been a fan of Patrick Meagher. I was just catching up on VP Rules and just saw the episode where Patrick and Stassi are fighting because Patrick is going to Amsterdam without her. His response to her  is “aren’t you excited for the amazing experience I’m going to have”….and I’m pretty sure that was the last straw for the Swedish princess.

Stassi Schroeder has had a tough time moving on from pretentious Patrick. The couple has broken up and gotten back together so many times I have lost count. It seemed the only thing that might seal the deal would be a new boyfriend and thank goodness Stassi has finally found one. She is officially dating someone else–someone from casting, ironically.

On her podcast “Straight Up With Stassi”, Stassi, 28, revealed that she met her new beau, Beau Clark via costars Katie Maloney-Schwartz and Kristen Doute last August.

Despite his reservations, Beau decided to meet Schroeder for a date anyway.

“We ended up closing down Mondrian talking,” Clark said. “I don’t think I’ve laughed as hard ever with anybody, just to have a great conversation with someone on a first time hanging out was fantastic.”

Clark won Stassi over this Valentine’s Day with a rather graphic date.

“I’ve always been a bad boyfriend on Valentine’s Day or something has always happened,” he said. “But this was the first Valentine’s Day I was like, ‘Oh my God, I want to do something to make this girl happy’ and I didn’t know what to do. I just know that you love blood and guts.”