Kaitlyn Bristowe and Shawn Booth on the verge of announcing breakup 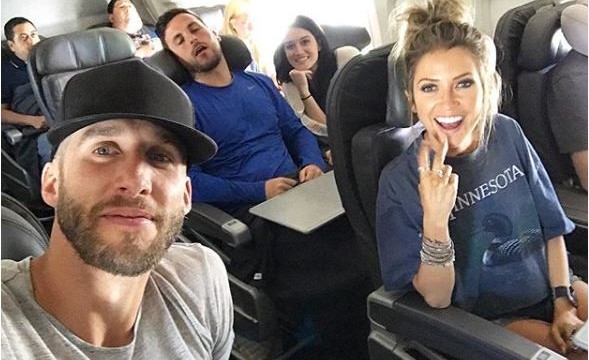 It appears that Bachelorette Kaitlyn Bristowe and Shawn Booth are done cashing in on their 3-year relationship and are on the verge of making an official announcement–although I would argue the two were broken up the moment their season started airing.

The 33-year-old former Bachelorette posted on Instagram Story Wednesday, August 15, that she will “be addressing” a “speculated breakup” on the Thursday, August 16, episode of her Off the Vine podcast.

Kaitlyn also hinted at some bad news on Tuesday, August 14 on Instagram saying,

“Sometimes, believe it or not I have really bad days. Anxiety is something very new to me but also very real. We go through things as human beings whether you have a platform or not. And I just wanna say, that no matter where you’re at emotionally today, could be different tomorrow. So sit in your feelings. Sit in being sad and uncomfortable, and try to talk to someone about it.”

“Proud to know you @kaitlynbristowe. You and @shawn_booth18 are the realest. You are changing things for the better in this world.”

Break up rumors around Shawn and Kaitlyn have been swirling for years. In fact one of Kaitlyn’s former suitors, JJ Lane, slammed their relationship in 2016 calling it a sham.

“They have a business relationship. Shawn is only sticking with her for the money.”

The couple allegedly raked in $3 million from endorsement deals and public appearances. I’m guessing the demands for ShawnKat endorsements have been dwindling for some time now thus clearing the path to cut ties.

Tia Booth tries to blackmail Colton Underwood into a relationship