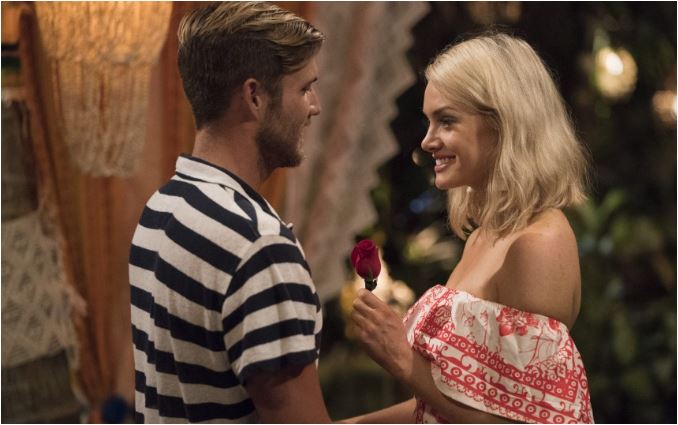 Jenna Cooper and Jordan Kimball got engaged tonight on the finale of Bachelor in Paradise. The couple has remained relatively drama free and appeared to be head over heels in love with each other, BUT rumors are already swirling that Jenna has been cheating on Jordan with another man.

According to Reality Steve a woman appearing to be Jenna claims that her relationship with Jordan isn’t real, and that she was using him and the show to build her business.

Additionally a source tells ET that “the cast is completely shocked by this,” saying “Jenna wasn’t close to many of the cast members and nobody saw this coming,” ….”We hadn’t heard anything like this.”

As for Jordan, he “feels like he doesn’t even know the real Jenna,” per a third source says. “He was totally in love with her. He’s considering what to do in their relationship from here, and Jenna knows where he’s at. She’s not making things any better; she isn’t denying anything to him, and also isn’t saying she’s sorry for anything.”

“Jordan is shocked by the report,” …. “They were long distance and a few things had raised his suspicions early on, but he moved forward. It’s a really strange spot for him to be in; they just spent time together recently. Frankly, he’s disgusted.”