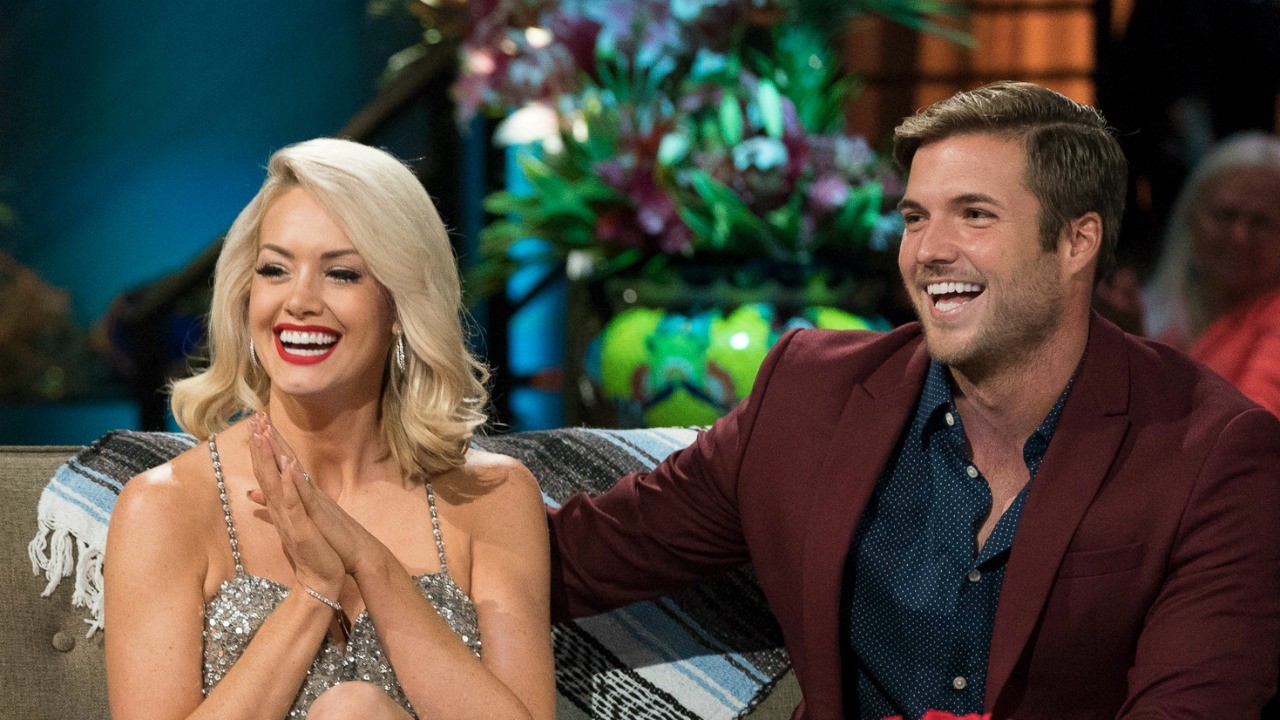 Jenna Cooper and Jordan Kimball got engaged on the finale of Bachelor in Paradise after an incredibly tumultuous 3-week courtship. The couple seemed to be going strong into the After Paradise show.

BUT Reality Steve got involved in this relationship in  a serious way by publishing private text messages allegedly showing that Jenna was cheating on her new fiancee with a Sugar Daddy.

As a result, Jordan broke off the engagement. And Jenna  is furious and lashing back at Reality Steve.

The messages stated she never loved Jordan and was only using the franchise to get exposure for her business.

Cooper is now demanding that RS hand over the “fraudulent” messages to her legal team and be……”forensically examined”.

“My attorneys have begun an investigation which included requesting that Stephen Carbone [Reality Steve] give the actual files of the fake texts to us so that the files may be forensically examined.”

“Forensically examined”!!! WE LOVE a forensic investigation here at OHiTs.

We also love that the “evidence file” included pictures of her downloading her text messages from her glitter phone. “jennacooperfit:The results from the forensic analysis are in, and I feel compelled to share them with Jordan before anyone else.
Despite what some people have said, I have denied all of these false allegations from the beginning, and I am reiterating that I never cheated on Jordan, there is no “sugar daddy,” I was not faking my feelings towards Jordan on the show, and that I never made or sent those fake texts posted by Stephen Carbone.
I appreciate everyone who has believed, supported, and loved me through this. I also forgive those of you who have said hateful things to me.
I have spent years growing as a strong independent woman who manages her business without the help from any man. It is insulting to hear that anyone would question my character in that way when my biggest passion is to empower women. This is why I am standing up for myself and refusing to be a victim.

I did nothing wrong, and despite what accusatory statements negative gossip bloggers have to say…I have a voice too, and it will be heard! I am standing up for myself and any woman who has ever been mistreated, overpowered, sexualized, or made to feel unworthy of sharing her story.

I have God and the truth on my side, and in the end that’s all I need. I will not be silenced.”

“My attorneys also requested that Stephen Carbone identify whoever provided the fake texts and tell us how he claims to have ‘vetted’ the texts that I know I didn’t send.”

Cooper continues to assert that Carbone, through his lawyer, denied her requests:

Through his lawyer, Stephen Carbone said, ‘Regardless, whether the information provided to Mr. Carbone was actually true is not the relevant inquiry.’

And in typical arrogant and dismissive RS style he replied to Jenna via Twitter on September 22, 1:44 p.m. saying,,

“I think her bleach job has seeped into her brain,” …. “If I were Jenna, I’d tread very carefully going forward because she would be opening herself up to a lot of her personal life being made public, and that’s probably not something she wants getting out there. I know if I were her, I wouldn’t.”

Yes, like Jordan, I do think the allegations are true, but the real story here may be how did RS acquire this intel? It’s not believable to me that someone working for the Sugar daddy agency came to him risking everything just to give him a scoop even for a few thousand dollars.

So hopefully Bachelor producers will jump on this opportunity and will fund Jenna and her attorneys to force RS to reveal his sources.