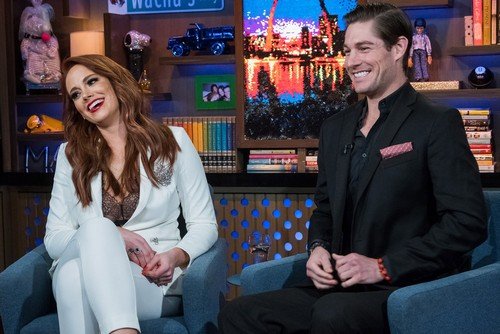 The real drama swirling around Southern Charm is unfortunately happening off camera! 56-year-old Thomas Ravenel went on a bizarre Twitter rant on September 23rd just prior to his arrest and just prior to deleting his profile.

To start, T-Rav announced he would not be returning for season 6, blaming “hate sites” rather than his own bad behavior.

“Due to the petty hate sites of very boring, unaccomplished out of town cast mates on Southern Charm I will return for an another season, just as soon as a donkey wins the Kentucky Derby!” he told fans.

He went on to respond to one fan that he said he won’t be part of anything that “Bravo (aka liars)” are involved with.

He also lashed out at his co-stars saying:  “You have no idea how I wanted to leave Pat’s dinner parties due to sheer boredom. I found myself leaning toward monosyllabic discourse just so Cameran and Craig could keep up.”

“So glad Naomie found a real man who gets up early in the morning and works all day. Craig is a p**** who Kept Kathryn out all night doing drugs while I was alone with baby Kensie. Great guy.”

But he wasn’t done yet. He took a final stab ay his controversial girlfriend, Ashley Jacobs, when a fan asked if both would be returning: “She can do it. But I don’t date people with zero integrity.”