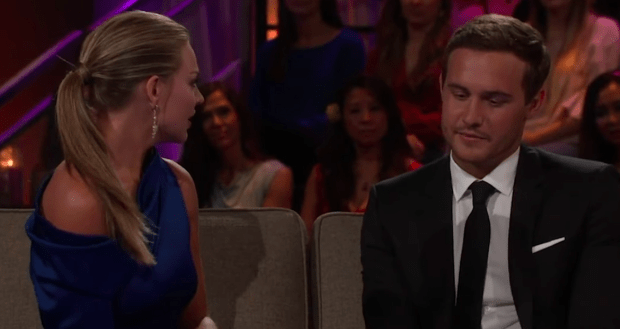 On The Bachelorette’s Live finale Hannah Brown met with her 2nd runner-up, Peter Weber who seemed genuinely shocked and crestfallen when Hannah decided to let him go.

And on the show we learned why Peter was so shocked to get the boot from the former Miss Alabama.

The 27-year-old pilot sat down with host Chris Harrison, and revealed some salacious details about his Fantasy Suite date.

“From my perspective, having the best time ever… then getting to the fantasy suite and waking up that next morning, for me, these last two months, I’ve been trying to pinpoint what it was that was the turning point for you,” ….. “Or the point where you realized it wasn’t us.”

Hannah replied, “There wasn’t anything wrong and I know that’s probably hard to hear, because I wish I could give you a concrete answer… I woke up that morning [of the rose ceremony], and I had to follow my heart.”

“Since it’s out there… I did say there is something Peter and I did twice, it was actually four times.”