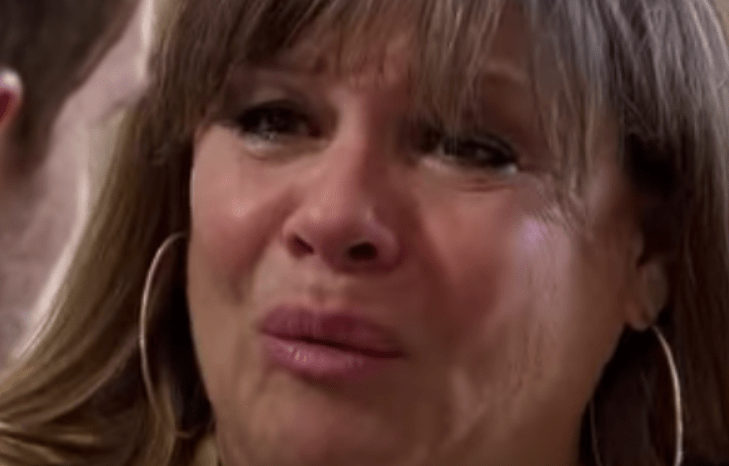 Peter Weber sends Hannah B home — but does she return?

Just when I thought Peter Weber’s season of The Bachelor was already a done deal when Hannah B crashed the premiere and accepted his tearful invitation to join the cast, things take a turn (but potentially make a U-turn per previews).

The episode begins, with Peter and Hannah Brown backstage at the Avalon where Peter offers Hannah the chance to “come back to the house.”

Sensitive Peter confesses to the former Bachelorette, “It kind of sucks hearing that you, like, thought I just wanted to be the Bachelor. You’re the one who said no to me. I never said no to you.” aka, I was crazy in love with you a few months ago and very likely still am.

Hannah has to play coy since she is really a walk-on and needs to look like she did not plan to crash the season (even though her suitcase is packed and she’s available for the next 9 weeks).

But then the show takes another turn. Peter dumps Hannah!

To be fair to Peter, he really is between a rock and 25 amazing ladies…who are very angry that their season has been hijacked by the most charming Bachelorette in the show’s history.

Seriously, it’s impossible to hate Hannah Brown. I know I should hate her because she seems a bit opportunistic and Peter was not even her first runner up and both Luke Pell and Tyler Cameron dumped her so she looks like the girl trying to have her cake and eat it too, BUT, she is just so cute and charming.

But also, if she stays, the show is at risk for the most self-eliminations in show history. So after spending a disproportionate amount of time with Hannah B, Peter decides that he has to be fair to the crop of fresh ladies and sends Hannah home.

Peter explained to Us Weekly. why the Hannah B sitch was so challenging saying this about the reaction of the other women, “I mean, I totally understood their frustration. I was just as frustrated, if not more.”

“I knew they had sacrificed their time to be there and give it a shot with me.”

So in the interest of fairness, he put his romantic feelings for Hannah B aside after realizing having his past compete with his present for his hand in marriage was just not gonna work, nor would it make for a smooth storyline.

“I tried to do my best from that moment on to really show them that I was ready to leave that in the past and just focus on them. And, you know, I feel like I did my best job and that’s all I could have done.”

But there may be yet another twist after seeing the dramatic previews where Peter’s mom, Barbara Weber is crying and urging her son,

WOW!!! It’s hard to imagine that Barb could be talking about anyone but Hannah. So I don’t know how Peter feels, but Barbara is definitely not ready to quit her. Let’s just hope Hannah is still available and did not get back together with her number 4 pick!