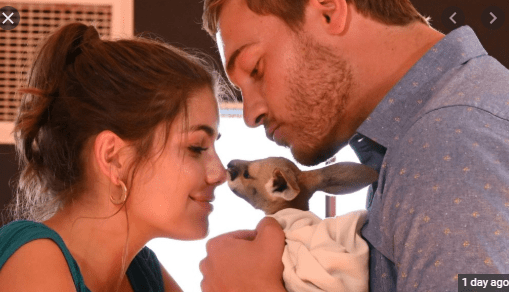 Tonight Bachelor Peter Weber tells Hannah Ann, “My heart chooses you forever,” and he gets down on one knee and proposes with a 3.27-carat diamond ring, but forever only lasted 2 months as the new couple has already called things quits—and that’s no surprise if you watched last nights Part 1!

Sadly only weeks after proposing to 23-year-old Hannah Ann in Australia, Peter  realized he still had feelings for Madison Prewett, and decided that he had to end things with her. The brutal breakup occurred back home in the United States, and thankfully the conversation was filmed for the tonight’s finale.

“I think we both know this has been hard,” Hannah Ann tells Peter.

“I have no doubt that I’ve fallen in love with you and that I love you,” he said. “There’s no doubt about any of that for so many reasons. I’m just struggling. It just kills me to put you through this.”

Hannah Ann replies, “I said yes to us being teammates and working through things together,” ….“The love I have to give you will endure the absolute worst. But if you can’t give me that love in return, that’s not a relationship.”

Peter confesses, “I want so badly to give you everything and give you my entire heart,” … “That’s everything you deserve….and I can’t do that.”

Hannah Ann blasts Peter, “You took away from me my first engagement,” …. “You took that away from me because I trusted you, and that’s what you continued to ask me to do.”

“What would’ve been appropriate is, prior to an engagement, you told me the full extent of where your heart and head were at,” Hannah Ann laments. “Instead you waited until the last moment to tell me I was the only girl left. I was placed on the spot. I was excited in the moment. You downplayed your feelings toward Madison. You just said…she left, but I choose you…in the middle of a proposal! I had no idea what I was saying yes to. That’s called being blindsided, Peter.”

Hannah Ann then says, “I should’ve really picked up on the first red flag you gave me — that you wanted to reach out to Hannah Brown to find closure with her. So really, looking back on it, our engagement involved three women: Me, you still being in love with Madison, and you needing closure with Hannah Brown. Word of advice, if you want to be with a woman, you need to become a real man!”