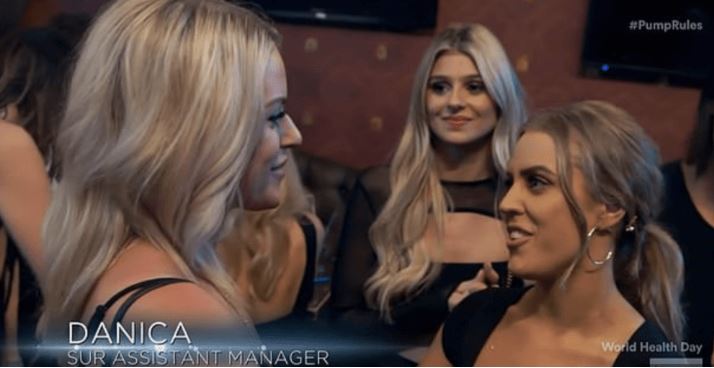 The New Kids on the Block on season 8 of Vanderpump Rules – Part 1: Dayna Kathan and Danica Dow

Vanderpump Rules Next Gen was introduced to us on season 8 of the show and they did not disappoint. Remember original cast of VP Rules came about somewhat organically. This new, next gen really had to work for it. 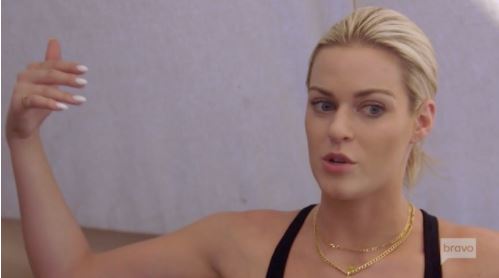 Lisa and Bravo had millions of over qualified candidates sending in resumes; …resumes from the best bartending schools in the country. They probably got resumes from people who not only went to college, but graduated; … people who came with rock solid recommendations and people who have been sober for most of their 20’s.

Thus we got Dayna and Danica

30-year-old Dayna Kathan Just moved to LA from Seattle where she was working in pharmaceutical sales. Dayna reminds me of an Olympic gymnast right after a floor routine — not necessarily in her physique, but in her posture and her intensity. She is the kind of girl that makes me wonder what I have been doing with the last 10 years of my life.

Why haven’t I been waking up everyday at 5am and working two jobs, and making it to a Soul Cycle work out 5 days a week?

The girl is interesting. She’s gorgeous. She comes with baggage and a good backstory. Dana is bi-sexual although she definitely seems to be more boy crazy than anything. And most importantly, she is serious about finding love at SUR.

The boys at SUR and Tom Tom love her.

And the girls hate her.

I guess the only question is…is this enough to keep us entertained?

For now it certainly is.

She is a little high strung and a maybe a little too sober to do VP Rules, but she will def be good for at least a season or two. Although her 2 storylines, Max Boyens and Brett Caprioni have already been fired, so Im not sure what happens to her storyline now!

I hate to say it, but I actually can see a romance in the future between her and Tom Schwartz. Granted we have yet to see any on-screen chemistry, but I feel like in the future if both stick around, a storyline will emerge. Let’s be honest, the days of his marriage to Katie are numbered. The fact that he has managed to lose TWO marriage “Shertificates” does not bode well, but I digress.

I LOVE Danica! She IS a manager. I know she has screwed up several tabs and accidentally overcharged customers 100s of dollars and she has to blow into a breathalyzer just to drive to work but somehow she seems totally in control of herself. I love how she handles and puts everyone in their place including her ex boyfriend and SUR bartender Brett Willis.

And I did recently learn that Brett now has a restraining order against her after another violent outburst involving dirty dishes, fingernails and 90 Day Fiance, so maybe she needs to settle down a tad bit, but I will with hold judgement for now. I just love someone that can handle a situation…and she is ready to manage or mismanage anything that comes her way with the greatest confidence and professionalism.

Next I will get too my other fave Charli Burnett and the boys.