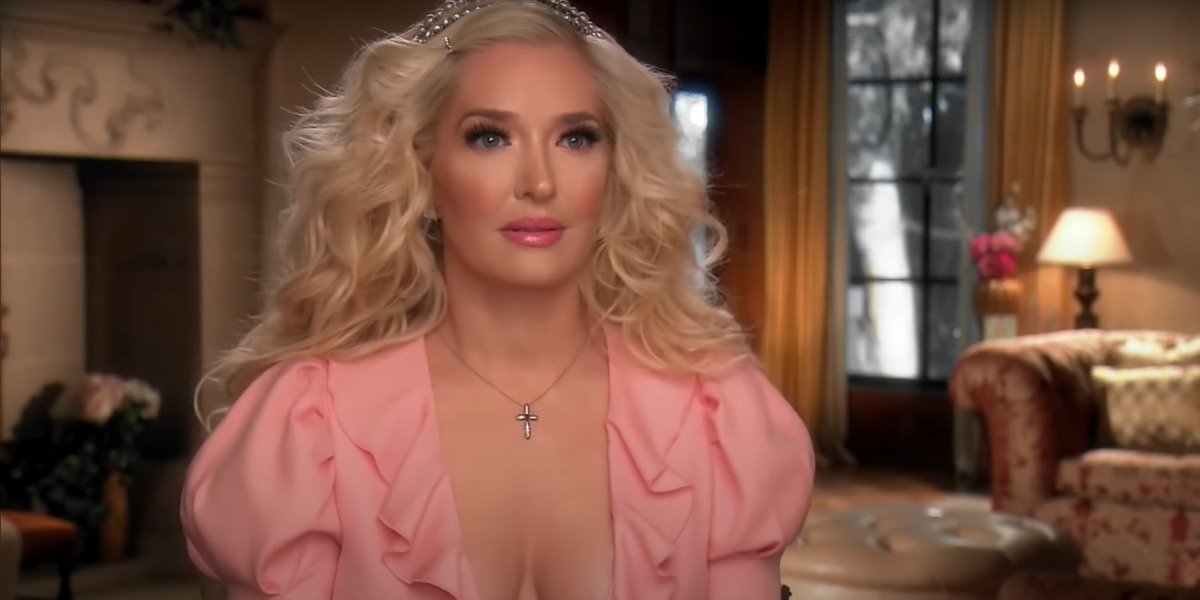 Erika Jayne is one of the few celebrities to remain relevant during the COVID pandemic. That’s because her and husband Tom Girardi are being investigated for fraud and looking at criminal charges and the confiscation of their massive wealth.

But amidst the stress of potential jail time and a divorce, Erika may have found time to date.

Of course, given the questions about the legitimacy of her convenient divorce and how carefully Erika is playing the press now, it’s hard to know what’s true.

But the latest rumor addressed Wednesday by co-stars Lisa Rinna, 57, and Garcelle Beauvais, 54, on The Real Housewives of Beverly Hills has her dating Scooter Braun and Gleb Savchenko.

“OK, Scooter Braun. What’s happening with him? Were you in a sex shop?” asked Beauvais.

Later Jayne laughed at the new rumors that she “was seeing my old ‘Dancing with the Stars’ partner [Savchenko], and then I was seeing Scooter Braun.”

“I haven’t seen either one of them in four and a half, five years,” she told Rinna “It’s silly as f–k.”

Making things more scandalous is the fact that Braun, 40, has been married to Yael Cohen since 2014.

I suspect if she is dating either of these men, it’s strategic. She knows her gravy train with Mr. Girardi has come to an abrupt end and she better leash her trailer to a new grubstaker fast. Either suitor could throw her a life preserver and help relaunch her singing/dancing career in a serious way, but I’d put my money on Braun as Erika needs a full revamp if she ever wants to perform again.

Erika was also strangely linked to embattled actor Armie Hammer earlier this year after she began renting a home next to him. The news was first reported by Instagram account, Deuxmoi, which shared a screenshot of an Instagram post from the Armie’s alleged Instagram account. The screenshot shows Erika in sexy lingerie outside of her former Pasadena mansion. The post was captioned, “My new neighbor just moved in recently and slid in to my DMs. She said she can here [sic] what happens over on my side of the fence and she wants in. This is my new neighbor.”