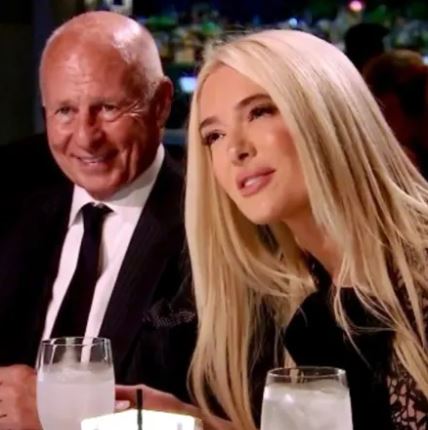 My Disclaimer: No criminal charges have been filed against Tom or Erika Girardi. The allegations against them are being made in a civil court. The following is my belief based upon the information I uncovered in the public record.

I have long suspected that famed attorney Tom Girardi was less heroic than he appears. After all, he has become extremely wealthy by helping victims sue big businesses with deep pockets.

And when I saw Gavin Newsom on Watch What Happens Live in 2016 say that his favorite Housewife was Erika Jayne, because her husband is one of the biggest donors in California politics, it clicked. I believed Tom was running a racketeering scheme for the DNC.

I used to be very involved in politics digging through donations and trying to spot red flags, among other things. But I quit because doing so made me seriously anxious and depressed.

And the reason it made me so depressed and anxious is because I discovered the corruption was happening on both sides in equal measure. There were no good guys and bad guys in politics. They were all bad guys.

That said, Tom and Erika happen to be Democrats and huge Democrat donors. And much of that money was coming from both of their businesses.

I had a hunch I’d find a lot of that money Ronald Richards is look for by looking up the donations of their respective companies.

There is a full breakdown at Open Secrets

Here is a PDF I created of Girardi Keese political contributions gkpdf – Google Docs from 2020 going back to 2012 totaling $1,906,401. Thus between their two companies, the couple has donated $2,238,551 to political campaigns and superPACs going back to 2012. This does not include additional money they donated as individuals.

Here are EJ Global’s donations just for 2018. Keep in mind this doesn’t even include the money Erika donated as an individual.

Some examples of Tom’s generous donations:

$100,000 to CITIZENS TO PROTECT CALIFORNIA INFRASTRUCTURE SPONSORED BY BUSINESS AND CONSTRUCTION TRADES ORGANIZATIONS,

Tom probably even encouraged Erika to create a company of her own for this very purpose. Thus Erika Jayne was born. It probably seemed like a win win at the time. She would get endless amounts of cash to promote a singing career and Tom would have a place to move the money of his clients.

So if my theory is true, then no wonder Erika is so angry. She was being used as a pawn to move large amounts of money to various DNC candidates and SuperPACs. Thus Erika didn’t even get to enjoy all of this money she is being accused of stealing from victims. She was just a middle man helping her powerful husband.

The bottom line is it just seems odd that these 2 companies that could not afford to pay back investors were making such massive political donations.

Interesting to note, back in 2016, Tom was being accused of running a corrupt organization. On February 22, 2016 a lawsuit was filed in California Central District Court by plaintiff Paul Kranich against Girardi for ‘conspiracy, criminal fraud, theft and breach of trust.

The suit claimed that Tom, Girardi-Keese and other attorneys and employees of Girardi-Keese “participated in and aided and abetted a scheme to defraud their clients by charging excessive fees and costs and fraudulently converting settlement proceeds to which Plaintiff and other clients.”

In fact the “category” of the case was “Racketeer/Corrupt Organization”. But the case was mysteriously dismissed. And it’s no wonder considering Tom played a crucial role in helping the Governor appoint judges.

In fact, he was the first trial lawyer to be appointed to the California Judicial Council, the policymaking body of the state courts.

I also took note on one episode when Tom mentioned an “Inner Circle” meeting in Del Mar, Ca and Erika piped in insisting that she would move everything on her schedule in order to attend the meeting. Tom is part of the “Inner Circle” of plaintiff attorneys. Inner Circle of Advocates, is by invitation only and limits its membership to the top 100 trial lawyers in the United States. This affiliation begs some questions in my opinion.

So I don’t believe either Tom or Erika will face criminal charges. They are way too cozy with people in power. At worst they will see some of their assets seized and their reputations destroyed. And we will never hear about all of the other people that were involved in this.

The documentary The Housewife and the Hustler really tries to persuade the audience to believe that Erika and Tom spent those millions on their lavish lifestyle complete with $200,000 Cartier rings, $40,000 a month glam, and million dollar Chagall painting. And it makes it appear that they acted alone. I believe that was intentional misdirection because too many powerful people have too much to lose by the truth getting out.

I expect this case will settle for a few million dollars. The victims will get a small amount. The attorneys and courts will get most of it, and we will never hear another word about how this money was spent.