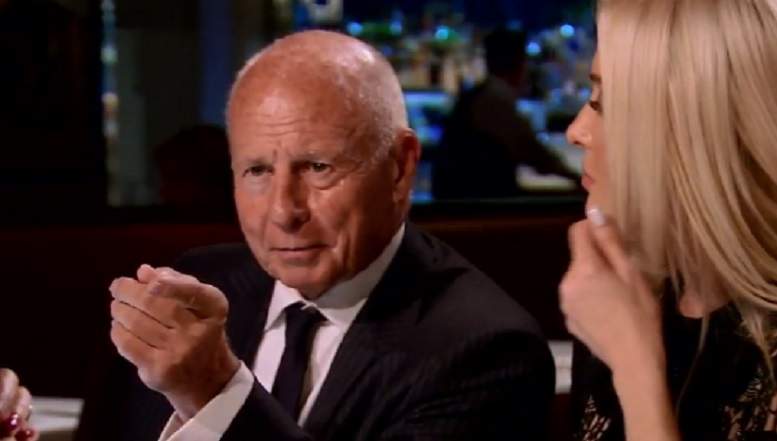 Forty-Four-Year-Old Real Housewife of Beverly Hills Erika Girardi has quickly become a fan favorite on the show. People love that she is unapologetic about her shockingly affluent lifestyle and her shockingly salacious alter ego, Erika Jayne.

She is unimaginably wealthy and she is married to a man who was already a millionaire before she was even born — 76-year-old famed super attorney Tom Girardi who has made a fortune representing the little guy.

And for the most part Girardi has been revered by the public for being the audacious attorney to battle behemoth PG&E on behalf of a slew of small town residents in Hinkley, California that were poisoned by the company. Girardi won an unprecedented $333 million award for the plaintiffs.

The story was so inspiring that Hollywood made an award-winning film about the case starring Julia Roberts titled “Erin Brockovich”.

The funny thing is for the millions of Americans who saw the film, this is their only understanding of the historic case. The film is pretty generous to Tom portraying him as an altruistic hero crusading for underdogs being exploited by giant evil corporations.

Obviously attorneys in this country are not often held in high-esteem by the public. In fact big attorneys are generally portrayed as ambulance chasing bottom feeders.

But somehow Tom has escaped the stereotype despite winning billions in settlements from big companies over the years and taking a very generous cut of said winnings.

But on February 22, 2016 a lawsuit was filed in California Central District Court by plaintiff Paul Kranich against Girardi for ‘conspiracy, criminal fraud, theft and breach of trust.

The suit claims that attorney Thomas V. Girardi, Girardi-Keese and other attorneys and employees of Girardi-Keese “participated in and aided and abetted a scheme to defraud their clients by charging excessive fees and costs and fraudulently converting settlement proceeds to which Plaintiff and other clients.”

In fact the “category” of the case is “Racketeer/Corrupt Organization”.

The case dates back to 1992 and Girardi represented employees of Lockheed Corporation fighting the company over chemical exposure.

But Kranich is questioning how Girardi and his firm have handled the settlement money and contend that Girardi spent the settlement funds for other improper purposes, including six figure payments to other clients they represented in completely separate cases and payments for Girardi’s personal business debts.

Details uncovered by DailyMail.com show that Girardi paid $250,000 to an aviation company owned by Girardi, $100,000 to a man believed to be Girardi’s divorce attorney (oops!), $350,000 to Western Bank for ‘fees’, $1 million to ‘Global Client Payments’, more than $827,000 to ‘Lockheed Litigation’ plaintiffs, and a $500,000 payment on a real estate escrow in which Giradi was involved and was unrelated to the Lockheed litigation.

Additionally Kranich accuses the law firm of charging excessive fees for their work.

“Girardi is believed to have charged Plaintiff a total contingency fee of 40 percent of total gross proceeds, even though Girardi had agreed to accept only one-third in fees on many of the settlements.”

And before you point to what a hero he was in the Erin Brockovich case, you may want to take a second look at that as well.

“many plaintiffs in the Hinkley case say the movie misrepresents what happened. Far from being the populist victory the movie depicts, the Hinkley lawsuit was a case study in how the rise of private arbitration, as an alternative to costly public trials, is creating a two-tiered legal system that not only favors litigants who can afford it over those who cannot, but is open to potential conflicts of interest and cronyism.

The case never went to trial, because Pacific Gas & Electric, the utility accused of polluting Hinkley, and the plaintiffs’ lawyers agreed to private arbitration before a panel of for-hire judges, some of whom had socialized with the plaintiffs’ attorneys.”

So in essence the big contention is that Tom has been masquerading as a champion of the poor and oppressed, when in actuality he has been using the “poor and oppressed” as pawns to get multi-million dollar settlements that he then exploits for his own purposes.

In other words sounds like Tom is just another ambulance chaser…it’s just that he was chasing some really BIG ambulances.

UPDATE 3/31/2016: The case was dismissed. I suspect it was dismissed simply because it is too old. If you file a lawsuit for fraud, the suit has to be filed within a certain amount of time of discovery. And maybe Girardi was able to show the court that none of the info Paul Kranich was presenting was new to him. The dismissal does not mean I don’t think Girardi is likely a weasel — I just think he is a weasel with a lot of clout who knows how to circumvent the law.

1: (30 March 2016). By RUTH STYLES. EXCLUSIVE: Lawyer husband of Real Housewives of Beverly Hills star Erika Jayne sued over claims he swindled clients out of $130 MILLION won in a class action lawsuit on behalf of Lockheed employees. Retrieved from http://www.dailymail.co.uk/news/article-3515667/Lawyer-husband-Real-Housewives-Beverly-Hills-star-Erika-Jayne-sued-claims-swindled-clients-MILLIONS-won-class-action-lawsuit.html