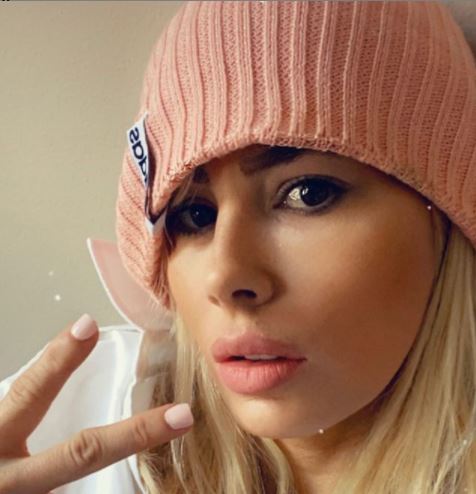 Shayne Lamas in talks to star on RHOC!

The Real Housewives franchise has been in quite a slump over the past 2 years…and certainly COVID does not help, but truthfully, Bravo has cast some of the worst Housewives in history over the last 2 years especially in Orange County.

But thankfully there may be a light at the end of the tunnel, because 35-year-old former Bachelor winner, Shayne Lamas is now in talks to star on the show. Shayne made the announcement on Heather McDonald’s Juicy Scoop show a few days ago.

I loved Shayne the minute she stepped out of the Bachelor limo and set her landing gear down at the Bachelor mansion back in 2008. She is so cute and so charming, and now she is even more interesting after enduring 12 years of incredibly trying and difficult times including a heartbreaking miscarriage that almost took her life, a marriage to a very unsavory and loathsome blogger named Nik Richie, and the sudden and unexpected death of her mother, Michele Smith.

Shayne dropped one bombshell after another – spending most of show talking about what a controlling, dishonest, narcissist husband Nik was, and ending the show talking about her estranged sister Dakota Pike who sadly has become severely addicted to hard drugs and recently gave birth to a baby girl that spent the first 30 days of her life in the hospital trying to detox. The baby had become a huge point of contention for the two as CPS is wanting Shayne to adopt her and Nik was strongly opposed.

She also discussed her money…or at least Nik’s aggressive controlling of their money and how he has hid their assets over the last 11 years. It’s clear there is no love lost between the two of them which means we won’t be bored watching her dish on her sleazy ex if she joins RHOC.

Shayne and Nik announced they are divorcing on May 10, 2021. At first it looked like the divorce would be amicable, but after Nik went on JuicyScoop and bashed Shayne, Shayne shot back with some very interesting and sordid details that make Nik look even worse than he already did.

And Shayne insists she is still in talks to do Real Housewives of Orange County while Nik seems to be taking pleasure in thinking their divorce destroyed Shayne’s chance to be on the show.

“While I’m closing out accounts… @shaynelamas and I were supposed to be part of the #RHOC rebrand next season, but obviously that’s not happening now. So I want to apologize to @kellyddodd because I know our split got her officially fired. Another casualty of war that I’m good with . Sorry not sorry.”

.I just finished listening to her on the Juicy Scoop podcast and there is so much more to dissect. And props to my favorite comedian Heather McDonald for letting Shayne unload the entire show!

Hopefully Andy Cohen won’t throw in the towel on RHOC just yet and will make this happen!

1 thought on “Shayne Lamas in talks to star on RHOC!”