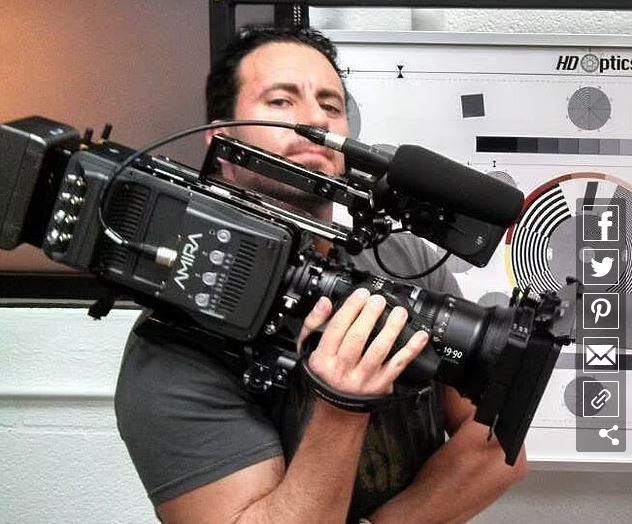 In a very shocking new development 47-year-old Vanderpump Rules cameraman, Michael Ansbach was arrested in the deaths of the two models that were dumped outside separate hospitals on November 13th, 2021.

24-year-old model and aspiring actress, Christy Giles, and her friend, architect Hilda Marcela Cabrales-Arzola were out late partying the night of November 13th. The women met the men at a warehouse party in East Los Angeles and went back to Pearce’s apartment. They were last seen at that apartment in the Pico- Robertson neighborhood before their bodies were dumped outside a Southern California Hospital in Culver City and a Kaiser Permanente West Los Angeles Hospital.

Giles was pronounced dead when found outside on the sidewalk that morning.

Cabrales-Arzola, remained in critical condition for 2 weeks before her family decided to take her off life support a day before her 27th birthday on Nov. 27. She was found to have heroin in her system.

Los Angeles Police Department officers arrived at the set of NCIS: Los Angeles near the corner of Hollywood Boulevard and Vine on Wednesday the 15th to arrest Osborn after being tipped off by some witnesses.

Actors Alexandra Creteau and David Murrietta Jr., both 35, told police Osborn confided in them while on a shoot in November about the tragic event.

“I have had the craziest weekend of my life,” Murrietta said Osborn told him.

“He told me how they’d partied, two girls came back to their place, and the girls had a bunch of drugs.”

Osborn then said he left his apartment to get a COVID-19 test for the commercial shoot, and when he returned his roommate informed him Giles had died.

“He checked her pulse, freaked out, decided not to call 911, and they decided what to do with the body.”

“Then they didn’t know what to do, they didn’t want to call 911 and get in trouble, so they decided to drive and drop her body at Culver City hospital….”

“We dropped the first girl off, we came back to our place’ then he checked the second girl’s pulse and it was very faint, so they tried to decide what to do with the second girl.”

“Got her in the car and decided to drop her off at a second hospital so they didn’t get caught.”

The LAPD alleged that the black Toyota Prius that dumped them had no plates.

Murrietta also said Osborn told him cops searched his apartment the day the women’s bodies were found, but no charges were filed at the time.

“His biggest concern after all of this was the girls had peed in the bed during the night,” Murrietta said.

Thursday morning, December 16th, 2021, the Los Angeles Police Department identified the men who were arrested as:

● David Pearce, 37, booked on suspicion of manslaughter, with bail set at $1 million.

Christy Giles and Hilda Marcela Cabrales-Arzola cause of death