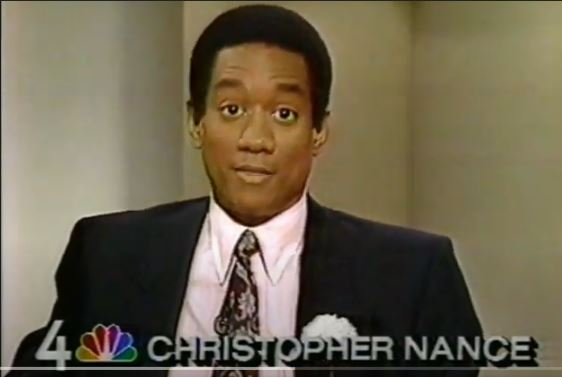 On Wednesday night’s episode of The Real Housewives of Orange County 36 year old Noella Bergener got some shocking news…her 67 year-old father Christopher Nance was found dead in his house in Waikoloa, Hawaii by a friend.

We see her meeting with her mom and discussing their estranged relationship with Christopher and how they learned of his passing:

“We just got very sad news…my father passed…we know that he passed in his home that he loved very much in Hawaii…that he was alone.”

“The one relief is that as sad as it is to be found dead for days on the floor of your home, he would have wanted it that way versus being plugged up to a bunch of machines in a hospital.”

She goes on to say that, “We received a letter from the executor of his estate who is a friend of his say that he’d passed.”

She tearfully tells cameras that her biggest regret is that her father never met her son but she was afraid he would hurt him the same way he hurt her. How exactly did he “hurt her”?

She has two kids, a girl named Coco from a previous relationship and a boy named James Jr from her recent marriage.

Noella suggests his death was caused by his sickle cell anemia, but I would not be surprised if there is more to it and we learn that he committed suicide or died of a drug overdose. So I will stay on top of any updates. Also of note, his brother died suddenly in September of 2002 because of an aneurysm so perhaps that was an issue.

An old LA Times article from 2002 reveals some disturbing things from her dad’s past. We know from the show that Chris was a weatherman at KNBC-TV, but in this article we learned that he was suspended in August for what the station described as “a personnel matter.” and later fired by KNBC’s general manager, Paula Madison, and in Christopher’s word’s her reason was, “She said I was being terminated, and that was it”.

The Times goes on to say: “Nance said he was “blindsided by these accusations,” which arose over the summer when he was undergoing marital difficulties that have since been resolved. Regarding his relationship with the intern, he said, “There was nothing inappropriate about it. There was nothing physical. There was nothing sexual.”

Interestingly, Nance did acknowledge that he had dated interns at the station prior to being married.

And an even weirder allegation came in 1990 when he “obtained a restraining order against a Pasadena woman who he claimed had been stalking him. The woman maintained she had a long-standing relationship with Nance, which he denied.”

And in 2001 an escaped inmate on the lam called KNBC, saying that he wanted to surrender to him. “The inmate didn’t show up for the planned surrender but was rearrested a week later.”

It’s all so BIZARRE! And begs a lot more questions. I think there is more to the story on why Noella was estranged from her father. And I am also curious about the “friend” who is the executor of the estate and found him dead. Is that a lover?

Here is Noella’s statement on Instagram about her father’s passing:

“My Father Christopher Nance Weatherman for NBC for 20 years and champion of countless charities benefiting children with fatal illnesses has passed on.

He was the oldest living man in the US with sickle cell anemia.

Though we weren’t close for many years reconnecting last year and your incredible insight and encouragement is something I will cherish for life.

Hearing stories from your friends about how proud you were to be a grandfather gives me such comfort. I wish you got to meet them.

People say James has my eyes but they were yours. You are now with Grandma who I know you missed so much. If I didn’t tell you enough while you were here how proud I am to be your daughter I hope you hear it in the heavens. I love you 🖤 #ripdaddy #dontwaittosayiloveyou #blackexcellence #christophernance”