Who is Whitney Sudler-Smith’s father? 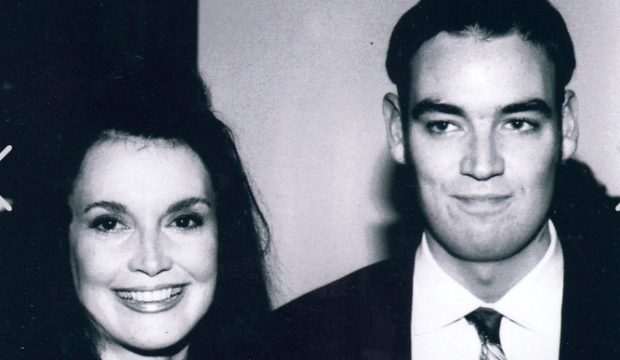 Whitney Sudler-Smith is star and Executive producer of the hit Bravo show Southern Charm and everyone knows about his wealthy, cheeky, sharp-shooting mother Patricia Altchul, but the show never mentions his father. In fact you would be hard-pressed to find anything on who his father is.

So who is Whitney Sudler-Smith’s father?

But we now have a few more details on him thanks to an inside source. His father is Lon Hayes Smith and he is living in Easton, Maryland with his wife Lindsley Wheeler Smith.

Like Patricia’s deceased husband Arthur Altschul, Lon was also a bit of a mover and shaker in DC and in the banking industry. To back up a minute, we know that 46-year-old Whitney Sudler was born in Washington, D.C. in 1968 and brought up in Virginia. That’s because his father Lon served as a financial advisor to several organizations in the Washington D.C. area. They lived in Falls Church, Virginia. Patricia Altschul was Pat Dey when she married Lon and became Pat Dey-Smith.

He worked for Morgan Stanley and retired after 44 years in the industry as senior vice president of Morgan Stanley–(interesting when you consider that Arthur was a descendant of the Lehman Brother’s family–so Patricia goes all the way to the top!)

After retiring Lon moved to Easton, Maryland where his current wife Lindsley is a native and a Hospice volunteer.

Both are on the Board of Directors for The Talbot Hospice Foundation (THF) founded in 1981. Lindsley was also an administrator at Benefits Connection Group Inc. which connects employees with benefits.

Lon was born in March of 1937 so he is 78-years-old and he, like Patricia and Whitney is an only child. He was a native of Greenbrier County, W.Va. and holds a B.A. in business from West Virginia University and and MBA from American University.

This makes sense since Whitney grew up in Virginia. He graduated from Georgetown Day School and George Washington University. It’s still a mystery why neither Whitney nor Patricia ever mention Whitney’s father. Originally I thought it was probably because L Hayes Smith was just some regular blue collar guy not tied into the muckety-muck, but it looks like Lon can definitely hold his own. Stay tuned…

Who is Bachelorette 2015 contestant Joe Bailey?