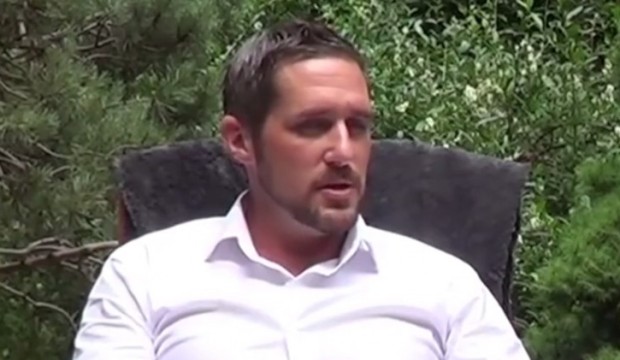 Super Soldier Max Spiers died under suspicious and mysterious circumstances on Saturday July 16th, 2016 in Warsaw, Poland while staying with friends. To me it seemed quite obvious that Max was murdered. My only question was, “by whom”?

Max was interesting to listen to. His information seemed obfuscated by layers of truth — Truth that could be viewed through different lenses. Just when I thought I got it, I peeled another layer and saw the info through a different lense.

And the fact that the media is now reporting on his death must mean it is significant to them suggesting his death is bigger than it may appear.

Also be warned the mainstream media’s coverage of Max death has been extremely sloppy to say the least. Many sites have the dates and names wrong. The reason I can write about Max with some confidence is because I have diligently listened to every single one of his interviews multiple times–even the ones in Polish. In fact I googled his name everyday in search of any new updates prior to his death.

I have to listen to the info multiple times. It’s complex and layered. I can’t imagine anyone just learning about Max for the first time could get this story even close to correct.

Some additional important information that has emerged since I wrote the first post on his death:

I found the timing of his death significant–the fact that days earlier he spoke about being in a secret location only to accidentally reveal later that he was in Cyprus, Turkey. (He travelled there from Poland with Monika for a few days).

Right after the interview the attempted Turkish coup took place on July 15th, 2016 — the coup to overthrow the government of President Recep Tayyip Erdoğan. The next day Max was dead.

I couldn’t help but wonder if the faction behind the coup was using Max to assist them and they accidentally killed him in the process. In fact, on July 16th, the day of his alleged death Swerdlow posted a response to someone on his Expansions.com website about Max’ ex girlfriend Sarah Adams saying,

“Max was a troubled person, but with a good heart. I don’t like saying such things, but Sarah was his handler and not to be trusted!”

Very interesting that Swerdlow is quickly trying to shift blame to Sarah. Sarah’s initial reaction to the news of Max death was outrage with Swerdlow. In fact she all but accused him of being behind it even telling Miles Johnson that Swerdlow’s wife was giving Max pain pills.

I’m not sure why the conspiracy world is ignoring this war between Stewart Swerdlow and his ex girlfriend Sarah Adams. It seems key.

So suddenly the mainstream media has decided to report on Max death, but why now?

They claim he was about to reveal something big, but seriously why would that change things? Why would he be a threat?

Max’ mother said in a recent interview that Max was ‘exposing’ who was ‘dangerous in the world of government [and] the entertainment world.’ So what? It’s not like Max would list “Super Soldier” on his tax forms.

There would be no official record of him being legit. And there are tons of other conspiracy theorists like Max “exposing” the world of government and entertainment…people with official credentials even and they are not murdered.

Why is the illuminati controlled media so intent on informing the world that Max was murdered because he was going to expose them? It doesn’t make sense.

Miles Johnson has said recently that he believed that some group had taken control of the 39-year-old Super Soldier and were trying to sell him to the highest bidder.

That theory seems plausible to me. In fact right after I learned of his death my gut said he was taken control of by a different illuminati faction than the one that programmed him and they were attempting to reprogram him for their own purposes.

The faction that previously owned Max is angry with the faction that stoled Max and killed him. The former faction is the media which is crying foul over his death.

The same media that will use his death for their own agenda.

In one of his last interviews he claimed there was a war between illuminati factions–a war between the Vampiric and Draconian energies. He also referred to it as the “war of the roses”. Perhaps Max is just a casualty of this war.

Then their is the possibility that Max was a blood sacrifice. I heard conspiracy theorist David Shurter claim that Max was drowned in a bathtub by these people.

Interesting to consider the number of recent bathtub drowning — with Whitney Houston and her daughter. What is the significance of drowning someone? This is yet another rabbit hole that I will discuss later, but I believe goes back to Noah and the flood.

Then there is the possibility that Max isn’t even dead!

Anyhow, this story keeps getting more interesting. Now what is intriguing me is the media’s attention on Max’ alleged death. I don’t buy for a second that he was murdered because he was about to say something.

That is the cover story to distract you from the truth. Pay close attention. Nothing is ever what it appears. Max or a body that was allegedly Max was recently buried in Canterbury cemetery. Interestingly the family is waiting to place a headstone…..

Who was Conspiracy theorist Max Spiers?