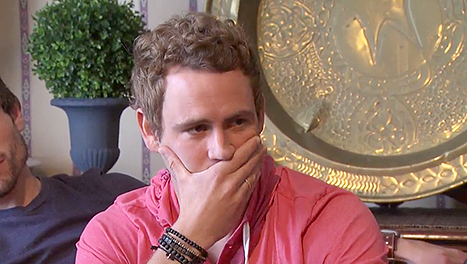 I was shocked when I learned that ABC had chosen 36-year-old Nick Viall to lead the 2017 season of The Bachelor and now not so shocked to learn that 3 out of 4 of his final 4 women wanted to leave the show because they did not think Nick was taking his role as Bachelor seriously.

An insider just told In Touch,

“They find him to be completely ar­rogant and a total diva,”

The insider adds, “a lot of the girls think Nick isn’t taking the process seri­ously, that he only became The Bachelor to hook up with mul­tiple women.”

Ya think? Of course he is! This is exactly what I said when I saw Nick won the coveted role. The question is why in the world did Producers think Nick was even remotely serious about finding a life partner.

The insider goes on, “three out of the final four girls have been thinking about quitting the show since the beginning,” adding that they aren’t alone.

We know two of the final four girls, Rachel Lindsay and Raven Gates. The other two have yet to be announced.

I am still not sure why ABC chose Nick given his controversial history. Although one thing Nick does exceptionally well is cry on cue so perhaps thats why he is being billed as “an emotional mess” this season. And that is perhaps why ABC thinks they can sell him as seriously looking for love.

The insider goes on to say, “Nick sheds many tears this season and it’s due to the fact that the girls pretty much turn on him. There will be ex­plosive fights — and Nick will once again look like a fool.”

Yikes! Looks like we may have a situation on our hands — a Juan Pablo circa 2014 type situation.