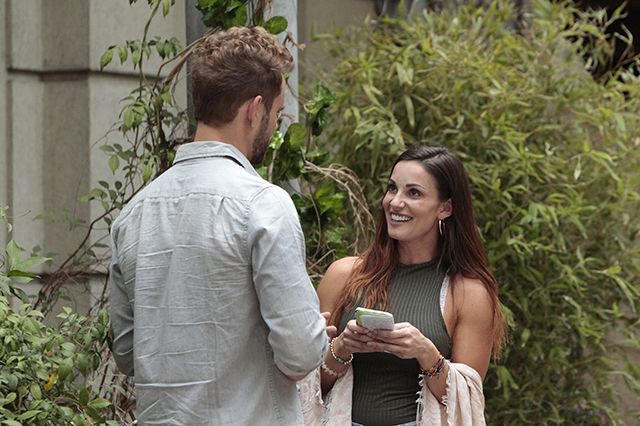 It certainly wouldn’t be shocking to hear the winner of Nick Viall’s season of The Bachelor has changed her mind after seeing the season play out and it sounds like that may be happening.

Yes, the winner reportedly is worried that she’s made a “mistake” by getting engaged to 36-year-old Nick Viall— and now, her family does not approve of Nick.

“Their opinions are important to her,” …. “Hearing their negative feedback has been really hard. At this point, she isn’t sure she can move forward with marrying someone like Nick.”

Watching Nick be intimate with other women made her cry. And apparently she has never seen the show if she did not expect this!

“Not only was she hurt by what she was seeing, but she was so embarrassed by his behavior.”

“Nick is always very sweet and loving toward the winner in private, but she’s starting to see how much of a playboy he is, thanks to the show,” the source says.

“Starting”? Has she not seen Andi or Kaitlyn’s season?

“She’s starting to think that maybe she made a huge mistake. She’s having second thoughts about spending the rest of her life with him.”

Apparently the other girls did try and warn Nick’s new fiancee,

“The winner had heard from other girls in the house that Nick was trying to sleep with all of them, but she always brushed it off as them just being dramatic,” the source adds. “But after having watched these first few episodes, she’s starting to think these girls weren’t exaggerating. Watching the show each week gets harder and harder for the winner because his behavior gets shadier and shadier.”

Well given that 3 of his 4 final women tried to walk-off it sounds like the women had good reason to be concerned about Nick’s faithfulness and his motives.

Are Nick Viall and Vanessa Grimaldi still together?