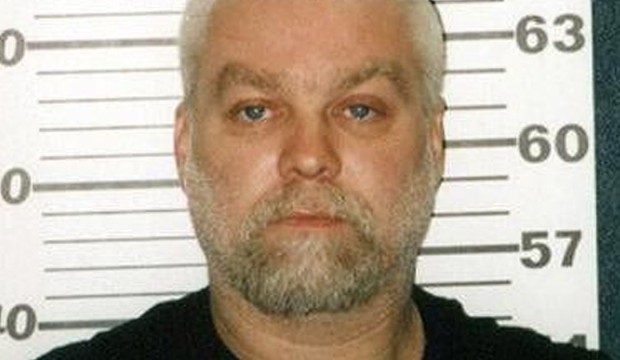 So I literally just got done watching the painfully biased Netflix documentary Making a Murderer and felt compelled to look and see if there have been any new developments in the 2005 case where 54-year-old Steven Avery was accused of murdering 25-year-old freelance photographer Teresa Halbach. Avery became the poster child for the ‘Innocence Project’ after he was exonerated in 2007 of raping Penny Beerntsen in 1985.

The supposed wrongful incarceration of Avery has been used to push through legislation that allegedly “reforms” the criminal justice system. As you can sense, I have my doubts about the real intentions of the legislative effort and the cultish crusade that has evolved around Avery.

I have been appalled with all of the media coverage portraying Avery and his accomplice, nephew Brendan Dassey as victims and targets of a dark conspiracy by the Manitowoc police department. I mean, I do love a conspiracy, but this one was absurd. And the lack of focus on getting justice for this beautiful, young girl and her family absolutely broke my heart.

Yes, despite the unbelievable bias of Netflix I still came to the conclusion that Steven Avery is a despicable, disgusting excuse for a human being that should never see the light of day again.

Anyhow props to Jim Hagerty at the Rockford Advocate for obtaining a very compelling 9-page letter in 2016 in which a fellow inmate of Avery’s, Joseph Evans Jr. claims Steven gave him a very detailed confession of the crime.

Evans was convicted of killing his wife in 2009 and claims he wrote the letter in an effort to get right with God. In the letter he says he met Avery in 2010 at the Wisconsin Secure Program Facility in Boscobel, Wisconsin. Both men recognized one another from the media coverage of their respective cases and struck up a friendship.

Evans asserts that Avery confided in him the details of the horrific case.

He alleges Avery told him he was able to persuade Halbach to go inside his trailer to talk about the sale of the vehicle she came to photograph. At that time Avery grabbed a knife from a drawer and Halbach by the back of the hair and took her to the bedroom where he repeatedly raped, strangled and sodomized her for  approximately 90 minutes.

“He said he put the knife to Teresa’s throat as he guided her to his bedroom,” ….“Steven said Teresa was crying and begging him not to kill her.”

Interestingly the letter claims that Avery tied Halbach to his bed using one of his shirts and pair of his socks, which makes sense given that the defense kept contending there were no marks on the bed posts from the leg and arm irons found by police.

One disturbing detail revealed in the letter was the allegation that Avery actually had planned the event…at least the rape. The letter goes on to say,

“Steven Avery told me that he had seen Teresa out at the salvage yard before,” ……. “He said that he had thought that Teresa would be an easy lay because he didn’t think she was all that pretty or anything. …but she did have a sexy bottom on her.”

This is the point that Brendan Dassey entered the trailer and Avery gave him permission to have sex with Teresa.

“Steven had said that Brendan had asked him, ‘Why is she just laying there like that,’ (and) Brendan thought she was just sleeping,” Evans said.

Avery told Dassey he had to “hurry up because they had to get rid of her.”

“Steve said that after he had Brendan help him tie Teresa up with rope and taped her mouth shut, they carried her body into the kitchen.”

Then we learn that the two men put Halbach in the back of her Toyota RAV4 and pulled the SUV into Avery’s garage placing her on the floor. At that point Avery grabbed a .22-caliber rifle and shot her: twice in the head, twice in the chest and once in the vagina.

“Then he had Brendan help him put Teresa’s body back inside of the Toyota, and drove it to his burning pit.” He supposedly told Dassey he would  buy him a car if he kept quiet about the event.

Another disturbing detail was the claim that Avery was bragging about how he would have gotten away with murder had nephew Brendan Dassey not talked to police whom he referred to as “stupid”. Thus he had no interest in trying to help Brendan get out.

Anyhow, the letter goes on to give explicit details about how they carelessly disposed of the body by burning it in a burn pit. Click the link for the entire letter. It’s horrifyingly gruesome and upsetting and hopefully will be enough to ensure Avery dies in prison.

In the letter Evans claims Steven was confident the conviction would be overturned and then he would sue the state of Wisconsin for millions. This likely means these bleeding heart ambulance chasing attorneys are feeding this BS to him.

Anyhow Avery stopped speaking to Evans in 2011 on the advice of the Netflix movie producers–Ha! They would not want anything–like say…………. a confession to spoil their “narrative” would they?

I am still reeling from watching the documentary. I knew it was going to be biased, but their coverage of the trial was just inexcusable. Avery’s obnoxious, pompous, priggish, prissy attorneys and their pedantic diatribes about how the justice system really failed Avery and his nephew. Did it? Did it really fail? I was not even convinced he did not rape the first girl in the crime he was exonerated for. My question is what is this so-called “Innocence Project” really about?

There are certainly real victims out there accused of crimes they did not commit, but Avery has been a despicable human being since childhood when he murdered an innocent cat, why champion him in the first place given his rap sheet?

Seriously, his effort to run his cousin off the road should have amounted to attempted murder and kept him locked up for 18 years. Surely mistakes were made in the investigation and perhaps the cops had a bit of a vendetta against Avery but none of that erases the preponderance of evidence that proves without a shadow of a doubt that he is guilty as hell.

Instead Netflix and the documentary makers just vilified absolutely anyone who had a bad word to say about Avery, from his cousin to Teresa’s poor cousin who found her car in the salvage yard.

Despite Netflix best efforts to cast aspersions on Teresa’s friends and family, I found them to be solid, salt of the earth people—people I would want as friends or neighbors.

And despite Netflix best efforts to venerate Avery’s family with their ninja editing skills I found them all to be a sickening basket of deplorables. I will give an exception to Dassey’s brother who seemed genuinely interested in getting Teresa justice, but that could also just be editing.

And don’t even get me started on Avery’s girlfriend Jodi Stachowski who was also portrayed as a victim of the criminal justice system. I mean the girl was in jail for 7 months for a DUI. No one goes to jail for that long for a simple DUI. The fact that producers do not explain why she had such an extensive jail sentence is highly suspect. She’s no victim. She’s a perpetrator.

So I don’t know. I hope I am not alone in my disgust with this appalling and shameless piece of propaganda. And I really hope this new evidence will knock some sense in to anyone who believed Steven was ever a victim.