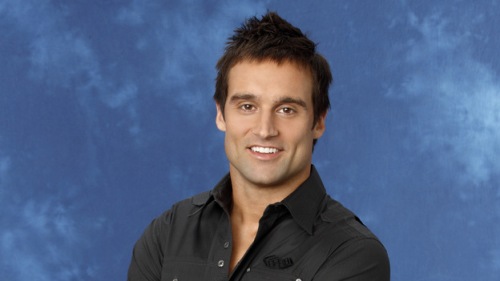 The Bachelorette Season 8’s Ryan Bowers is quite a situation! Hence, an enneagram personality breakdown is in order — per traditional Ok! Here is the Situation style.

Clearly, Ryan is an enneagram personality type three, labeled by the Enneagram Institute as “The Charmer”. He’s really not that hard to figure out, right? It’s hard to imagine Ryan could love anyone as much as he loves himself! This guy loves being the center of attention.  He wants to be admired. He wants a “trophy wife” — someone that makes him look good.

Enneagram type threes know how to talk their way out of a situation, and they also know how to put an outfit together for any situation. Ryan did, after all, wear a MAN SCARF last week. Only a guy “three” would wear a man scarf.

And only a “three” guy would bring such an extraordinary number of shirts and shoes to choose from for any potential one-on-ones in Croatia. Fellow contestant Chris Bukowski even said it takes Ryan almost three hours to get ready. He shaves his legs and “plucks his finger hairs” according to Chris. That is an excessive man-scaping situation!! Any man this into man-scaping is definitely a “mega-three”!

Ryan has clearly already found love — with himself. And his being on the The Bachelorette is about self-promotion not finding love with another person. Or, as he even stated to housemate Michael Nance, he’s more than likely on the show in an attempt to become the next Bachelor.

According to the Enneagram Institute, “Threes are self-assured, attractive, and charming. Ambitious, competent, and energetic, they can also be status-conscious and highly driven for advancement. They are diplomatic and poised, but can also be overly concerned with their image and what others think of them. They typically have problems with workaholism and competitiveness. At their Best: self-accepting, authentic, everything they seem to be—role models who inspire others.

Key Motivations: Want to be affirmed, to distinguish themselves from others, to have attention, to be admired, and to impress others.”

As I said in Emily’s enneagram breakdown, Sigmund Freud referred to the “three’s” larger than life personality as: “admire my genitals.” And there’s no doubt that Ryan, much like Courtney Robertson from Ben Flajnik’s season, who is also a “three,” wants his genitalia admired by all of America.

And, clearly Ryan is not a healthy three, like Chris Harrison. Ryan is much more of an unhealthy three like Courtney Robertson — contorted, smug faces and all.

Ryan broke out his cringe-worthy, totally self-serving list of criteria he wants in a future wife on the show this week and one of those items was…a servant. Seriously, Ryan?!?

Emily sees right through the gloss and turns into a bit of a bitch around Ryan. You can’t tell if she wants to have sex with him or give him the boot. But, apparently it was the latter, as Ryan, even after A LOT of negotiating on his part, is not offered a rose. BTW, I love that Emily dressed up like a trophy during her one-on-one dinner with Ryan as a not-so subtle “F-U” to Ryan!! (Way to go wardrobe department! Brilliant Emily/Bachelorette producers!)

Luckily, Emily saw through “The Charmer” and sent Ryan Bowers packing! Of course, the three won’t go without a fight, as we witnessed. After all, Ryan wants to maximize his prime-time air-time. But, thank God Emily stayed strong!!! We can’t see another Courtney Robertson win the final rose.