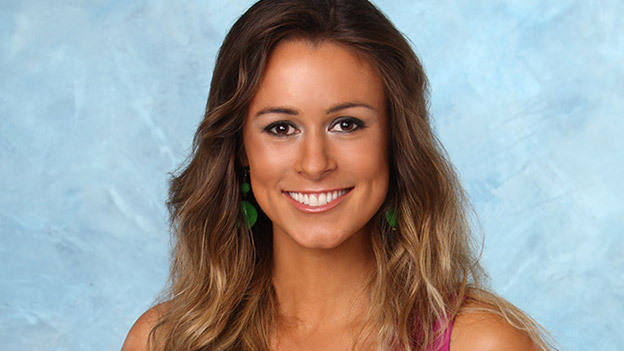 After watching last night’s Big Premiere of The Bachelor Season 17, we were reminded of this little post we wrote back in September. As you’ll recall, when Sean was talking to former Flajnik fling Kacie Boguskie, he said a couple of things like “Wow, this is crazy because I just saw you recently” and “It’s weird because when I saw her I just thought of her as a friend.”

Well, the even they saw each other at was the RealBeanz charity even that we write about below. And, it’s not a surprise that he saw Kacie Boguskie as “just a friend,” because he hooked up with another Bachelor Season 16 alumn at that event, blogger and crier extraordinaire Jenna Burke!

It will be interesting to see if this nugget of intel resurfaces now that Sean’s season is airing.

We are in jaws-dropped shock over the news that new Bachelor Sean Lowe and Jenna Burke, the infamous “crier” from Ben Flajnik’s season, hooked up a few weeks prior to the start of filming for The Bachelor Season 17. I mean, technically, Sean didn’t do anything wrong, per se, but it’s just an odd choice in behavior when, at that point, he knew he was chosen as the next Bachelor and hooking up with someone from within Bachelor Nation is going to surface and is going to haunt you and is going to be written about and is going to be deemed scandalous no matter how you slice it.

Of course, we love a situation, so this news, to us, is just simply amazing!

Our only source for this little tidbit of interesting news is professional wiretapper Reality Steve, but, since he is a professional wire tapper, we do tend to believe him as a solid source when he surfaces details like this.

According to Steve, it all went down at the RealBeanz charity event that happened in New York a few weeks ago:

“Two weeks ago, when Sean was back in New York for the Real Beanz event with other Bachelor alumni, he hooked up with Jenna. Nothing serious, since obviously at that point Sean pretty much knew he was going to be the “Bachelor,” but he made out with her anyway. I guess he only knows the answer to why he did it, but it definitely happened.”

Oh, you better believe we will be giving you THE LOWE DOWN!!

1 thought on “New Bachelor Sean Lowe and Jenna Burke: They hooked up!!”