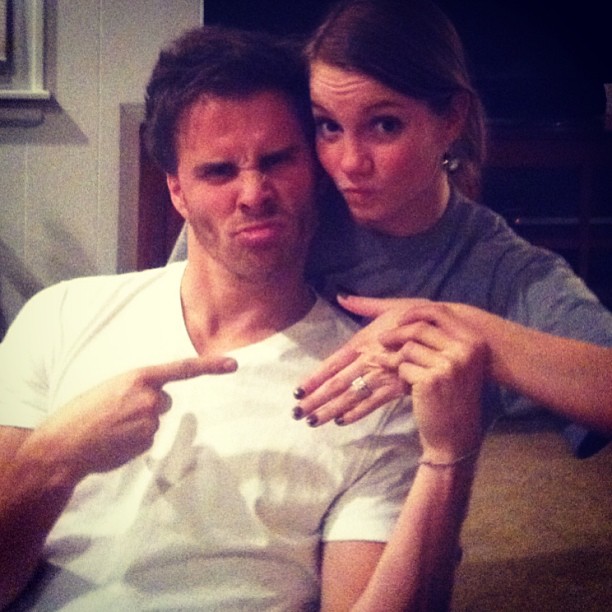 Well, you heard it here first, folks! Yes, I know we’re late to the party with the report on the actual engagement. But, if you recall, we posted some amazing intel from one of our very enthusiastic readers, Stephie C, back in September that not only were these two dating, but they were (pretty darn seriously) dating while Michael was on Bachelor Pad 3 pretending to woo Rachel Truehart.

Man do we love it when a fanatic Bachelor fan weighs in and submits highly documented evidence for us to post!

We are VERY happy for Michael and Emily Tuchsherererrererer!

Apparently the pair got engaged at Emily’s family home in Wisconsin on January 25. The deets, according to US He tied the ring box to the family dog’s collar up at Emily’s parents’ home in Wisconsin. Then he got down on bended knee and proposed. The couple has been together for about eight months, though it has been a long-distance romance until now.