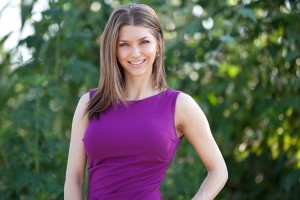 On Monday, Feb. 11 episode of ABC’s Bachelor we will finally see someone come to Sean to warn him about Tierra’s emotionally unstable behavior. Ashlee Frazier, the 32-year-old professional organizer from Houston Texas addresses the delicate situation during a sunset beach one-on-one.

Unlike Ben’s season where we witnessed many one-on-one sit-down attempts to warn Ben about Courtney Robertson’s off-the-charts mean girl/DSMIV Axis 2 behavior, this is the first real attempt to let Sean in on the big secret that Tierra is a bit of a nut job.  Sean’s thoughtful response:

“So…has the drama subsided?” …. “Or are people just not telling me?”

AshLee pauses for a moment and then launches into her professional assessment of the Tierra situation.

In fact the confrontation is so heated Monday night that producers are tweeting that the blow up is off the charts.

Mike Fleiss (creator) – “Monday night’s episode is unbelievable. As satisfying as any meal at Bojangles… Do NOT miss it!”

Robert Mills – “As bad as Nemo may seem it’s nothing compared to the storm that’s about to hit St. Croix on Monday’s #Bachelor”

Can’t wait to see if Sean heeds the warning or pulls a Ben Flajnik and puts his blinders on for a few more episodes. I suspect Sean will listen since Tierra is not a Victoria Secret model.