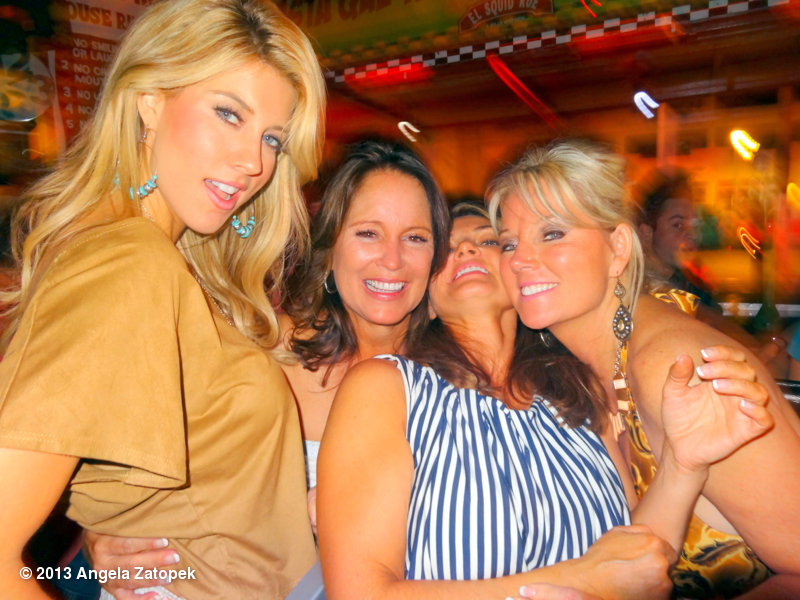 CONFIRMED: Ben Patton and Angela Zatopek are no longer together.

Unfortunately things didn't work out and I wish her nothing but the very best.

Wow! We are still horrified that NBC decided to cancel Ready for Love and relegate it to NBC.com and Hulu, but we are hoping the awesome-ness of the finales (yes, two finales, since Ernesto picked his final lady, Shandi Finnessey, at the end of last week’s episode) will make them reconsider a second season in a different time slot. Or, maybe E! will pick up the show? We don’t care. We just want to see more Ready for Love!!

Anyhow, as we reported, “Bachelor” Ben Patton got down on one knee and proposed marriage to Angela Zatopek in the season finale of Ready for Love.  We are so glad he picked Angela over Allie because, man, there was just something about those twins (Allie and Mandy) that spelled t-r-o-u-b-l-e. But, we digress….

Now, what everyone wants to know is: Are Ben Patton and Angela still together?

We have yet to read a 100% confirmation on the status of this couple on Twitter or on the Interwebs, and all signs *were* pointing to YES, but both Ben and Angela have been mysteriously silent on Twitter today, so now we are skeptical. You’d think after being in hiding for a year they’d be all about *finally* announcing their engagement!

Although, Ernesto did Tweet recently that “the other 2 couples have lasted,” so we’re hoping it’s true!

But, Ben just posted this on his blog:

“In the end, I wouldn’t change a thing. It was a once-in-a-lifetime experience and I was lucky to be a part of it.”

Yet, no mention of Angela anywhere in the blog post. And no mention of his engagement, etc. And both are still just being very “thanks for the love” on Twitter, but neither are addressing the status of their relationship……yet. Hmmm…I’m thinking they’re done, unfortunately!

Keep checking back because we will be stalking them on social media — waiting to pounce on a nugget of confirmation when we can get it.

More on why the two broke up.

Tim and Jenna are STILL together and IN LOVE!!!!

1 thought on “Are Ben Patton and Angela Zatopek still together?”