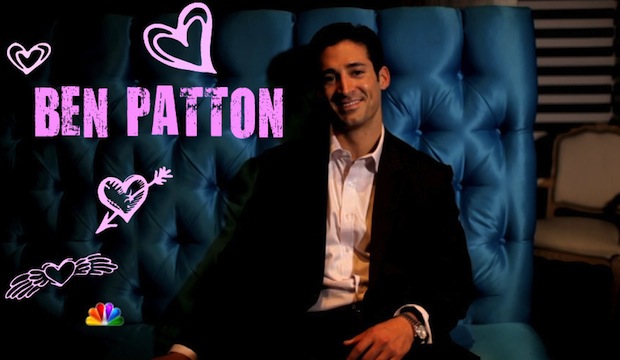 CONFIRMED: Ben Patton and Angela Zatopek are no longer together.

In the finale of Ready for Love, Ben Patton, 31, chose 24-year-old Angela Zatopek over 26-year-old Allie Wagner. And, Ben and Angela are now engaged! Can you imagine having to keep your ENGAGEMENT a secret for almost a year (the finale filmed last August)?!?!

The Former Miss Texas USA Angela seemed like she started off in the “friend zone” with Ben. Matchmakers claimed she wasn’t “bringin’ it”, meaning she needed to bring a little more sex appeal. Angela espoused strong Christian values and proclaimed she was saving herself for marriage.

But Angela definitely followed the advice of her professional matchmakers and planted a big kiss on Ben in episode 3. The kiss seemed to change the tone of the relationship and definitely took the two out of the friend zone.

Thank god Ben got rid of his ex-girlfriend Kari Krakowski and was able to “move on” and find ever-lasting (fingers crossed) love!

But, are Ben Patton and Angela still together?

We have yet to read a 100% confirmation on the status of this couple on Twitter or on the Interwebs, and all signs *were* pointing to YES, but both Ben and Angela have been mysteriously silent on Twitter today, so now we are skeptical. You’d think after being in hiding for a year they’d be all about *finally* announcing their engagement!

Although, Ernesto did Tweet recently that “the other 2 couples have lasted,” so we’re hoping it’s true!

But, Ben just posted this on his blog:

“In the end, I wouldn’t change a thing. It was a once-in-a-lifetime experience and I was lucky to be a part of it.”

Yet, no mention of Angela anywhere in the blog post. And no mention of his engagement, etc. And both are still just being very “thanks for the love” on Twitter, but neither are addressing the status of their relationship……yet. Hmmm…I’m thinking they’re done, unfortunately!

Keep checking back because we will be stalking them on social media — waiting to pounce on a nugget of confirmation when we can get it.

More on why they may have broken up…