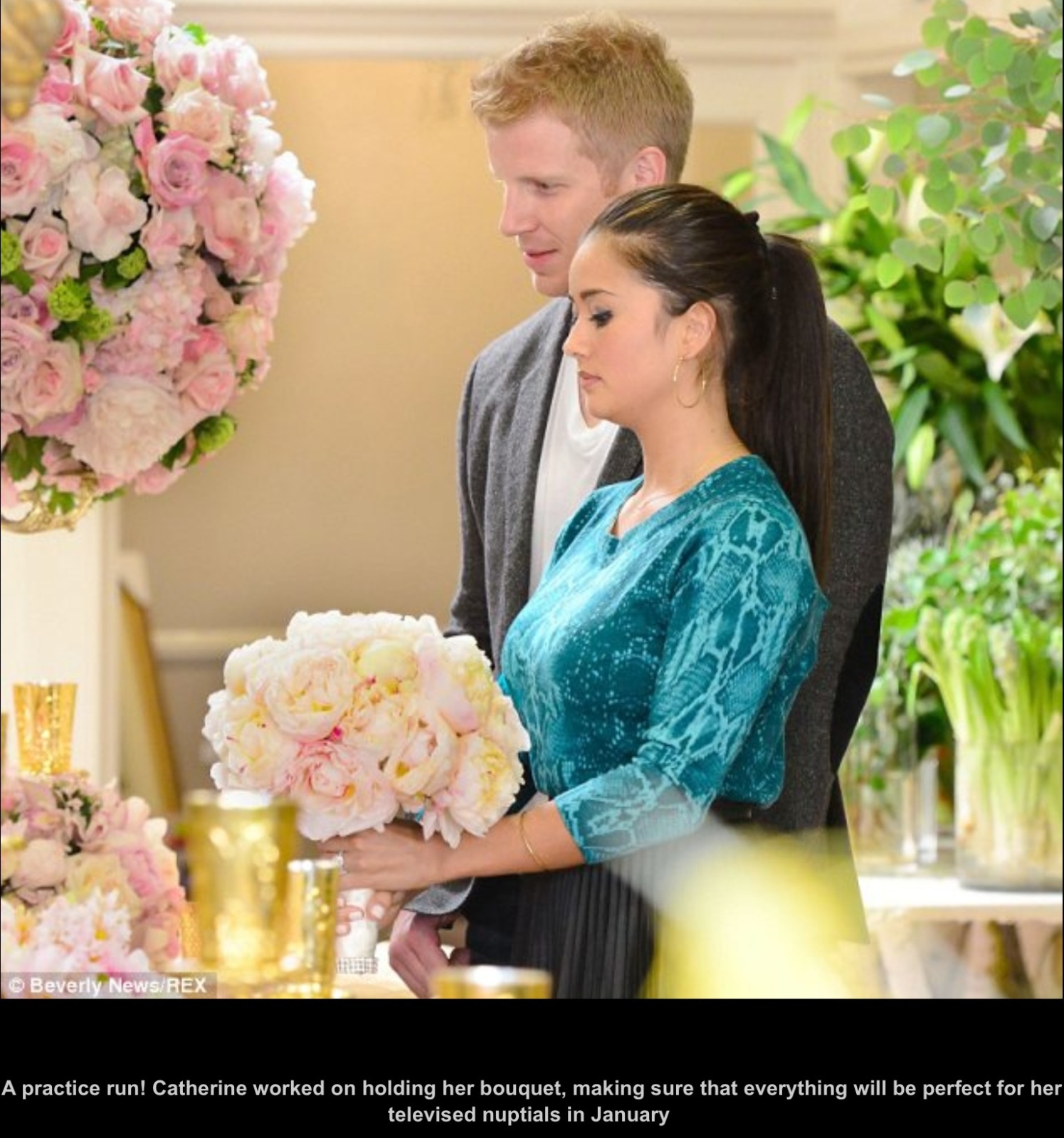 One thing we love about an ABC Bachelor wedding is the inordinate number of Bachelor alumni in the audience. Let’s be honest these people would never be invited to the wedding ‘in real life’, but in ‘Bachelor fantasy life’ they would!

The wedding of Sean Lowe, 29, and Catherine Giudici, 27, will take place on Jan. 26, 2014 8 p.m. ET/PT at The Biltmore hotel in LA. The show will run for 2 hours until 10 p.m. ET/PT. The ceremony will air live on ABC.
So thus far the Bachelor alumni invited and coming are as follows:
1: 25-year-old Bachelor alum/BFF Lesley Murphy.
2: Teen Dream Jef Holm
3: Desiree Hartsock and Chris Siegfried
4: Trista and Ryan Sutter
5: Ali Fedotowsky
6: J.P. Rosenbaum and Ashley Hebert
Who will NOT be there?
Sean Lowe’s dance partner on DWTS Peta Murgatroyd will NOT be in attendance!
We obviously know Chris Harrison will be there. he will be hosting but not officiating.
Let’s hope that ABC won’t cheap out on cocktails this time.
Alright, well hopefully the list will keep growing….
Featured Photo Source: Beverly News/REX