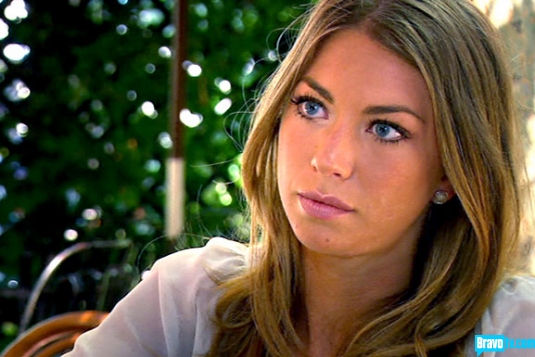 No one lays down the truth like Stassi Schroeder on Vanderpump Rules so getting her perspective on the Tom Sandoval and Kristen Doute situation was paramount.

The discussion has been about whether Tom and co-star Ariana Madix have slept together or not. Both Tom and Ariana say no, but their friends are saying something else.

Here is Stassi’s breakdown to the situation on her Bravo blog:

“Kristen had already spent months and months, and even years upon years crying to me and Katie on a regular basis about Tom. Kristen made her relationship a part of our lives,” Stassi explained in her Bravo blog on January 13. “Anytime she needed us, we would drive over immediately, cry with her, sit with her, talk with her. It was constant and it was all the time. It got the point where we felt affected by it. We can’t spend every day focusing on that relationship, it was exhausting.”

Because Stassi and Kristen were so invested in the relationship, always hearing about it and being dragged into the drama, seeing Kristen in bed with Tom was, at least for Stassi, a clear sign that Kristen wasn’t going to leave Tom, no matter what. Instead, she’d stay with him, complaining all the while. And they would be there, having to hear about it, once again.

Even so, Stassi wants fans to know that she never demanded that Kristen break-up with Tom. All she wanted was for them to find peace, whether it be with each other or with other people.

“I never said Kristen had to break up with Tom. I said to either stay in the relationship and move past everything, or break up,” Stassi said. “So when she finally made the decision to break up with him, it felt like she was getting to a good place. For us to find her in bed the next morning with him, it was just disheartening and made me feel like this was never going to end.”

Vanderpump Rules airs on Bravo every Monday night at 9/8c.