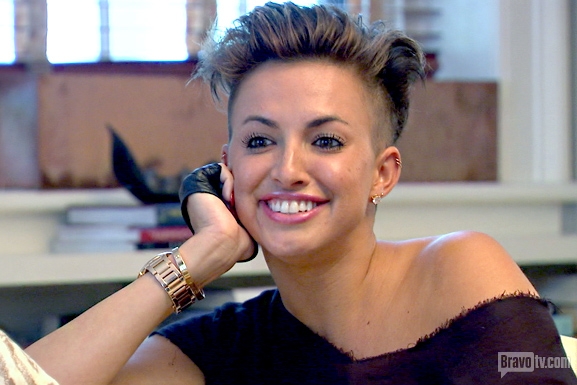 The UK Daily Mail dropped a bombshell today with an allegation that the way that Bravo portrayed Jenna King on their show Southern Charm was a sham. I wouldn’t exactly call the allegations shocking but they are a tad bit startling.

One of the big questions all season was how in the world 28-year-old Jenna King, aspiring fashion designer could afford such a lavish lifestyle and such an expensive pad. The assumption was that her 55-year-old NYC boyfriend and global real estate magnet Lou, had to be a Sugar Daddy.

But it turns out those allegations may be a bit off the mark.

According to this report it looks like the Sugar Daddy was Bravo.

‘The house was temporarily rented last  year just for the Bravo shoot,’ …. ‘They used it for some interior and exterior shots and  Jenna had absolutely nothing else to do with the property. She never  lived there or owned it.’

If true, this is not unusual for reality shows. They have used properties for exterior and or interior shots to enhance reality on some of these reality shows. But it’s interesting since the shows tagline was “meet Charleston’s elite.”

It sounds more like Bravo rented this posh pad as a staging area and I am guessing Jenna may have just been flown in for her parts.

A neighbor also weighed in:

‘I’ve never seen anyone go in or out of the house, we’ve always thought that no one lived there,’ ….. ‘It’s completely dark.’

The property is currently listed for $1.785 million, and is owned by a local couple who live full time on the beach and want sell it.

The Mail goes on to say that Jenna’s last real residence in Charleston was quite modest. It was a simple one-floor, three-bedroom rental on Saint Margaret Street that she shared in 2007 with roommates while attending Trident Technical College that rents for about $1900.

The other big bombshell is that Jenna isn’t really a resident of South Carolina and hasn’t been since college. She actually lives here in southern California aka Los Angeles.

It looks like she hung out in Charleston to film the show–I suspect show producer Whitney Sudler probably thought Jenna would be a good character and she was.

Once the show was over though Jenna bailed sleepy little Charleston and bailed her older boyfriend Lou for Ronnie Radke, lead singer of Falling in Reverse and for Hollywood.

Don’t worry Jenna, you are not the only scandal happening here….