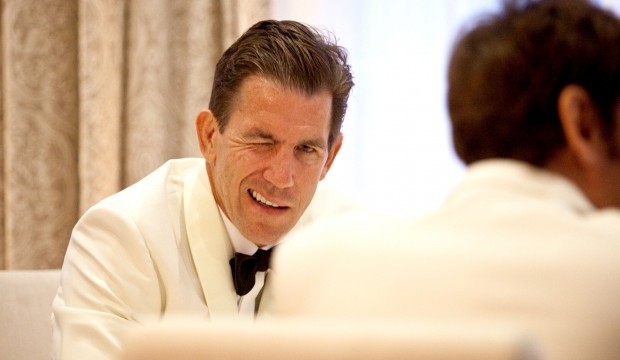 Thomas Ravenel star of Bravo’s Southern Charm is a bit of a hot mess. The 51-year-old South Carolina politician and former State Treasurer was indicted on Federal drug charges in June of 2007. Ravenel makes light of his time in prison on the show. After all the filed charges allege that Ravenel purchased less than 500 grams of cocaine in 2005, prior to his election as treasurer but after his entry in the 2004 Senate race.

What is interesting about Thomas was how he got so rich so fast.

He graduated in 1985, and allegedly borrowed money from his father to get his MBA at the University of South Carolina in 1991.

So in 1991 Thomas started the Ravenel Development Corp. He developed 60 shopping centers in 10 states. He also became a landlord and started building grocery stores.

Was it all made through real estate? Who knows. I’m not here to judge. But the guy went from a net worth of zero to a net worth of $34 million dollars in about a decade.

How much of that wealth did Thomas lose as a result of his indictment? No one really knows. He had to pay a $1 million dollar fine but that’s chump change for this guy.

Plus, he dropped a million dollars building a polo field for his house so he can’t be THAT poor.

In July of 2009 he was selling off his 206-year-old,$4.275 million plantation property, but said putting Brookland Plantation and his Charleston row house on the market is not tied to his legal bills.

So my bet is this guy is STILL very very rich because believe you me these boys know how to hide their money–especially in the state of Delaware…..

Who is his baby’s mama Kathryn Dennis?