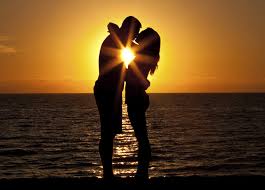 We have been anxiously awaiting an announcement from ABC or Reality Steve on the official contestants for the Bachelor Pad spin-off Bachelor in Paradise and now we have one!

The show will be filmed over 3 weeks in Tulum, Mexico and will focus on budding, organic relationships between the 10 guys and 10 girls chosen by ABC below. Past Bachelor Pad hook-ups have included: Kiptyn and Tenley, Gia Allemand and Wes Hayden, Blakeley Shea and Tony Pieper, Michael Stagliano and Rachel Truehart, Chris Bukowski and Jamie Otis, Ed Swiderski and Jaclyn Swartz .

The big question everyone is curious about is:

Who will star on Bachelor in Paradise?

Chris Bukowski (Emily, Bachelor Pad 3, every other show ever)

RS also says that every one coming on the show is being paid.

When does Bachelor in Paradise premiere?

I have to admit I’m a bit disappointed in this cast. I was expecting some bigger names like Jef Holm and Courtney Robertson. Now watching those two hang out for 3 weeks in Mexico could be amazing. I actually don’t even know who a lot of these people are!!

I am secretly hoping ABC has a big trick up their sleeve and will be bringing in the heavy hitters as the season progresses.

Here is the official list of contestants and latest info released by ABC.

Apparently the show will begin with the following cast:

Bachelor in Paradise Premieres and the situations begin!