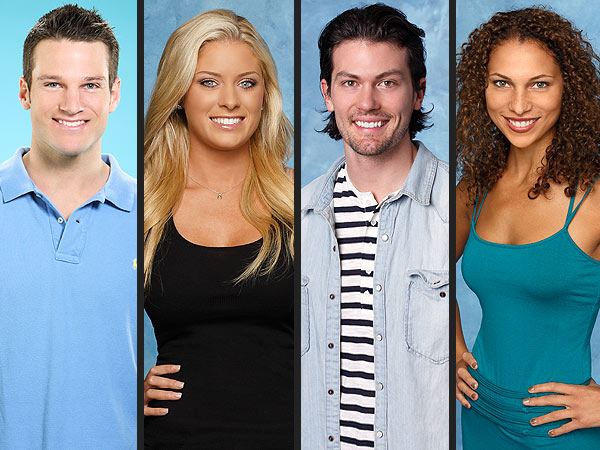 I’m confused as to why ABC had such a tough time getting solid D-list celebrities to star on the new Bachelor Pad spin-off. Usually ex-cast members are dying to turn their 15 minutes into 30 or 40 minutes of fame.

So I have one theory that may account for this rather lackluster list and that is…they will vote cast members off and bring new ones on. And the heavy-hitters like Courtney Robertson and Jef Holm probably had pull with their contracts and made sure that they would be the more desirable “walk-ons”–kind of like Jake Pavelka’s Pad contract guaranteed him at least 4 episodes before he’d be eliminated–but I may be dreaming.

So they may have cast some of these E-Listers because they will be eliminated pretty quick–But it better be really quick because the show is only six episodes and only films for 7 weeks in Tulum, Mexico! Not really enough time to find a life-partner, but what do I know.

I hope I am right because this list is kind of “eh”. I honestly don’t know who many of these people are and I am obsessed with this show!

So with no further ado, ABC has confirmed these 10 former Bachelor and Bachelorette contestants for the upcoming show which will premiere on Monday, Aug. 4: AshLee Frazier dated Brad Womack an in October 2013 news was dating Michael Garofola of Desiree Hartsock’s season of The Bachelorette. Danielle McBride, 25, is from Belmont, California. Like Sarah, she was also eliminated by Sean Lowe in episode 6. DeAnna Pappas’ season eliminated during the hometown dates in week 6.

Plus, three eliminated cast members from the current season of The Bachelorette, TBA.

The contestants will live together for 7 weeks in an isolated romantic paradise aka Tulum, Mexico. ABC promises the show “will feature new twists, shocking surprises, unexpected guests and some of the most unlikely relationships in “Bachelor” history, plus all the usual romance, drama and tears we’ve come to expect from the “Bachelor” franchise.”

Bachelor in Paradise Premieres and the situations begin!

Apparently the show will begin with the following cast: