Marcus Grodd engaged and in love! 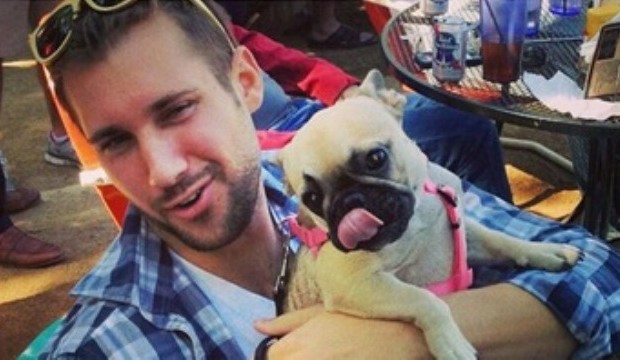 It was heart-wrenching to watch 26-year-old soccer player Marcus Grodd get booted by Bachelorette Andi Dorfman during hometowns Monday. Marcus has been very vocal about his love for 27-year-old attorney Andi Dorfman from the get go.

But Andi was just not feeling the same way about him.

Luckily the Canadian soccer player/sports medicine manager was sent straight from the Bachelor mansion to the Bachelor in Paradise pad in Tulum Mexico. And luckily it looks like Marcus has found love the second time around with former Bachelor (Juan Pablo) castoff, 25-year-old Lacy Faddoul (who I don’t even remember!) from San Diego. Spoiler Reality Steve claims that the two fell in love while filming Bachelor In Paradise.

The show filmed for three weeks in Tulum, Mexico and focused on creating relationships between the 10 guys and 10 girls chosen by ABC. RS claims Marcus popped the question during the taping of the Bachelor in Paradise finale.

It airs on ABC right after The Bachelorette finale.

Here is the Official Cast of Bachelor in Paradise!

Brian Williams obsessed with the Bachelorette