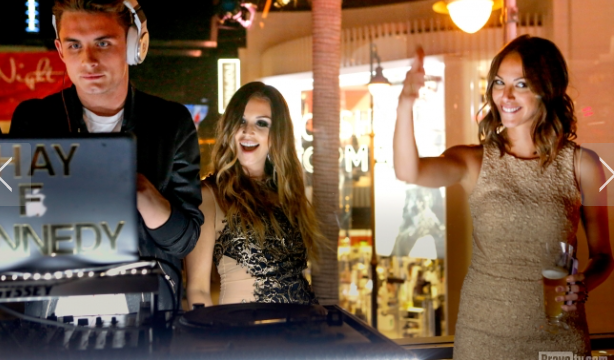 Last week on Vanderpump Rules we saw some of the fall-out from Kristen Doute’s ingenious plan to have New York office admin Annemarie Kunkel come out to LA and confront boyfriend Tom Sandoval. This week Tom and new boyfriend James Kennedy have a sit-down prior to Scheana’s wedding and discuss some text messages that Kristen has sent to Tom. James is understandably upset that Kristen is not cutting ties with Tom.

So frenemy Jax Taylor commented on the situation on his Bravo blog calling Kristen Doute ‘manipulative’—ahem–pot calling the kettle black anyone?

“This is the first I saw of this. I didn’t know that this had happened. I really feel bad for the guy. He’s a young kid who likes this girl and trying everything in his power to have a relationship with her, when she’s still pining over Tom Sandoval. It’s really sad.

“She’s so manipulative, it’s so clear to see that Kristen is clearly in the wrong here, and she’s making James feel bad for believing Sandoval. It’s crazy how good she is at this.”

He does go on to concede:

“It was probably hard for Kristen to watch Tom and Ariana walk down the aisle together, but Kristen has to realize that Tom is just a lot happier without her. You just need to move on.”

“I honestly had no idea there were so many problems behind the scenes. I mean I’m glad to see, though, that Scheana pulled it together and got from point A to point B in one piece.”

Oh Jax!! It’s pretty funny when he points fingers. Although he does have some points. Kristen may have a problem.