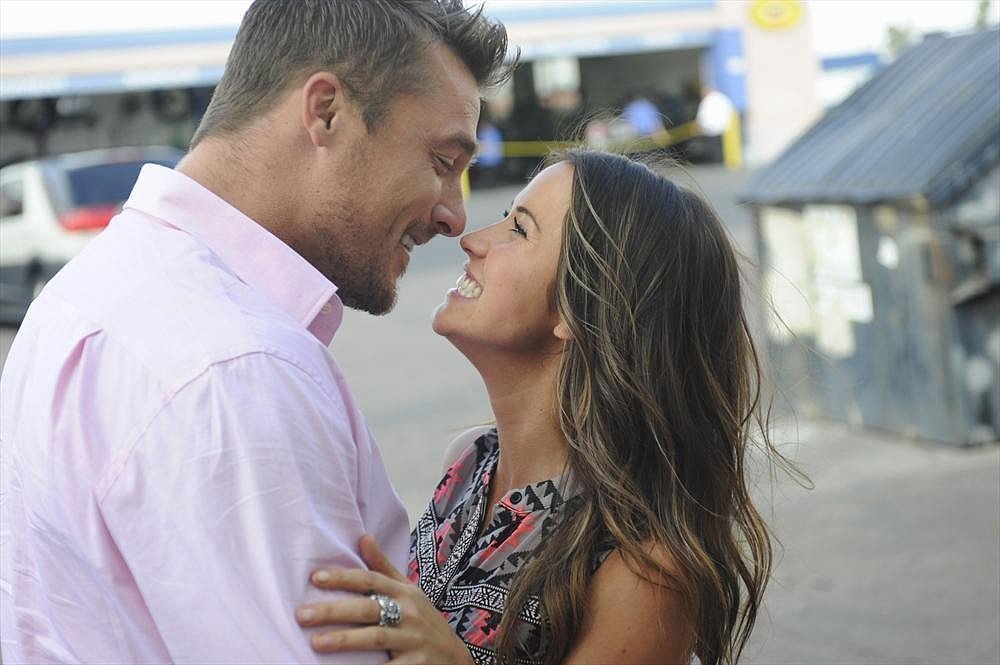 This morning 30-year-old Bachelor contestant Kaitlyn Bristowe appeared on GMA to discuss her shocking/not-so-shocking elimination last night in Bali by Bachelor Chris Soules. Chris seemed really unsure of his decision to give her the boot — even telling her that! He actually seemed like he was going to boot Becca Tilley because Becca freaked him out in the Fantasy Suites. But Becca sat down with him pre-rose ceremony to reassure Chris that she was “all in”.

I honestly think he felt certain Kaitlyn would not last in Arlington. And his choice at this point is “who can handle Arlington, Iowa without developing a serious alcohol problem?”

Kaitlyn claims she was shocked by the elimination because Chris told her he was “falling in love with her”.

When asked about whether or not “not letting her guard down played a role” she replied…”I’m sure it did.”

But more interestingly, when asked about being the next Bachelorette she said:

“It doesn’t make me upset to think about that” aka “HELL YEAH!” In fact Kaitlyn looks down trying to hide a gigantic smirk which suggests to me that she is already in talks to do it.

Let’s be honest…was Kaitlyn really on the show to marry Chris Soules? I seriously doubt it. I don’t see any indications that this girl is broken-hearted. After all there were some insider reports suggesting, “Kaitlyn went on the show because she wants to be famous – not for love.”

I think she was on the show to do exactly what she did. I was not entirely convinced by her tears last night after being rejected. That said, that does not make me hate her or think she shouldn’t be The Bachelorette.

Kaitlyn and Chris were clearly not a match and I think she knew that from the get go. But stay tuned for The Women Tell All, I predict Kaitlyn will really turn it up for WTA in an effort to get sympathy from viewers.

Congratulations Kaitlyn! I think this was a win-win!!! You may well get to lead The Bachelorette and you do NOT have to live on a pig farm in Arlington, Iowa.