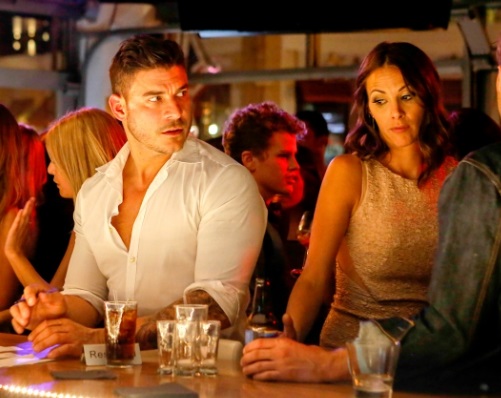 All season long 31-year-old Kristen Doute has been obsessed with the rumor that her ex-boyfriend Tom Sandoval cheated on current girlfriend Ariana Madix in Miami with NYC office admin Annemarie Kunkel aka ‘Miami Girl’.

If there is one thing we know, it’s that Jax Taylor can NOT keep a secret. Tonight he finally caved.

Stassi Schroeder has a PhD in Mr. Jax and uncovering his cheating antics. So Kristen invites Stassi to lunch so she can teach her how to get him to talk. Kristen appeals to Stassi telling her she wants people to stop thinking she’s a liar.

Kristen invites Jax to dinner with Scheana, and new husband Mike Shay where Jax confesses that Tom Sandoval did, in fact, have sex with Annemarie in Miami.

Scheana’s loyalty is to her friend Ariana so she is not moved by the confession and even makes a comment suggesting Ariana already knows. Truthfully I think Ariana has to already know and just wants everyone to move on. Annemarie did have some pretty incriminating evidence after all!! The 4 inch pen1s comment was priceless.

“Kristen, people don’t think you’re crazy because you may or may not have told the truth about something Jax told you once. It’s because you slept with you ex-boyfriend’s best friend, got your friend punched in the face by a stripper, had some girl fly across the country to confront Sandoval, yelled at Lisa, got fired, and punched your boyfriend at a wedding,”

Jax said this in his Bravo blog about his confession:

“That dinner with Kristen was an absolute disaster. I walked into a firing squad with them coming at me. I don’t know what Kristen is trying to get out of this. Even if he did it, it doesn’t matter. He is not going to be with you, Kristen. Wake the f— up and move on.”

Yeah, I’d say it was an “absolute disaster” for you and Tom Sandoval, but not to worry I don’t think the confession will change anything.