Does Tom Schwartz propose to Katie Maloney on VP reunion? 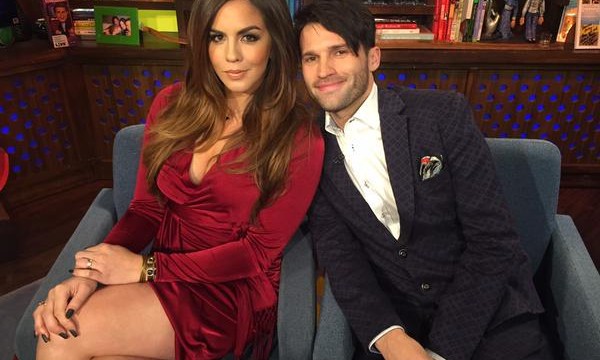 There was a cheating scandal this season involving Tom and Jax’ girlfriend Tiffany Matthews best friend in Las Vegas, Katie. Adding to the turmoil BFF Jax really wants Tom and Katie to break the couple up.

Eventually Tom is cornered about the cheating since Jax told on him to Kristen Doute. Jax let’s Kristen read her text messages which show the girl conspiring with Tom to lie about the indiscretion.

Katie is not happy and really has never been happy with boyfriend Tom and his inability to commit. Tom spends the entire season apologizing profusely and trying to win her back at the same time refusing to commit–even offering her the infamous “ring on a string” gift which sent her over the edge.

So long story short— the previews for Part 2 of the Reunion show Tom getting down on one knee with something that looks like a ring and judging by her reaction to his last gesture I can’t imagine he would do anything like that UNLESS it was the real thing.

In addition Katie gave Tom an ultimatum when the show ended…6 months and time is UP!

And on the Twitter the couple is very much together and talking about the shocking part 2. So I’d say its more than likely Tom steps up to the plate next Monday and down on one knee.

Why is Stassi Schroeder so angry with Jax Taylor?