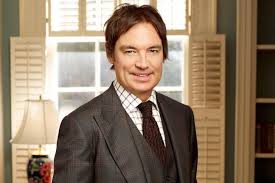 We always love it when a reality show has a secret gay conspiracy. I was hesitant to even explore this one because it seemed pretty unlikely, but tonight on the show when co-star Craig Conover talked about 46-year-old Whitney Sudler-Smith’s new Austrian girlfriend in air quotes and implied how convenient it was that she lived overseas I decided I had to at least examine the evidence.

And there is some compelling evidence.

One, the lack of a serious long-term girlfriend—well he does have a girlfriend but she is 25 years his junior and lives in another country—actress/model Larissa Marolt.

UPDATE 5/10/2015: I recently discovered that there is a lot of chatter that Whitney’s girlfriend Larissa Marolt is bi-sexual but prefers women.

Two, his obsession with Halston as the producer and director of the acclaimed fashion documentary Ultrasuede: In Search of Halston.

Here is the Trailer for his Halston film. You tell me. It looks pretty darn gay in my opinion….

Three, his obsession with BFF Thomas Ravenel and his disdain for Thomas’ new girlfriend Kathryn Dennis.

Fourth, and finally my favorite piece of evidence— Whitney paling around with Prince Albert. Prince Albert of Monaco has long been a favorite target of the tabloid media and gay conspiracies. They also suggest he may be bi-sexual and that he loves kinky parties. Last May he spent some time in Monaco with the Prince. “@WSUDLERSMITH does Prince Albert know who @ShepRose is? He should.”

“@cameraneubanks @ShepRose Oh yeah, he’s a huge fan of the show. Was really sad when the whole MJ thing didn’t work out.”

Well, first of all, how great that Prince Albert AND Lady Gaga love Southern Charm and secondly, maybe Prince Albert is a fan of the show for even more reasons like because his studly American boyfriend Whitney Sudler-Smith stars on the show.

I am betting that Whitney attends a lot of Eyes Wide Shut parties regardless of his sexuality and is in to some pretty kinky stuff.

Obviously the jury is still out on this verdict, but I will certainly be looking for a lot more air quotes and looking to see if Whitney takes more trips to Monaco.

If you would like to submit any additional evidence on either side of this situation, please feel free to weigh in.

11 thoughts on “Whitney Sudler-Smith and the gay conspiracy”