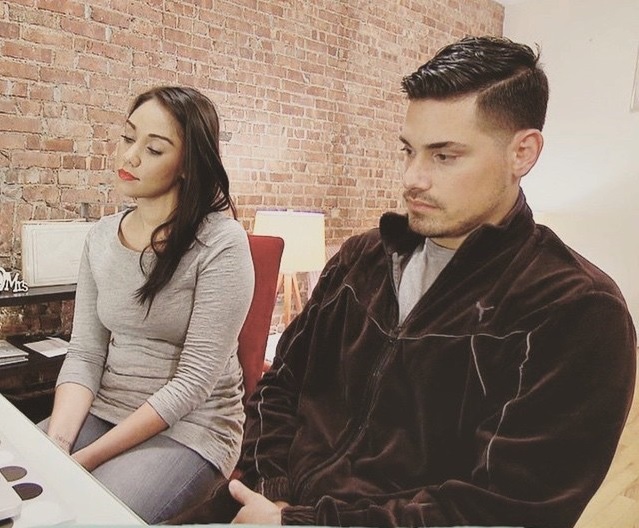 Yesterday news came out that Married at First Sight Season 2 star Jessica Castro had filed a restraining order against her husband of 6 months Ryan De Nino after he allegedly threatened to kill her and her family.

The June 11 court filing claims De Nino, 29 said: “I will break you into f–king pieces,” and a petition filed in Queens Family Court says in March De Nino claimed “I will break your dad into pieces. I will make your whole family disappear — and your f—ing dog-ass sister’s boyfriend.”

The couple married in December and reunited in May for the Reunion special. It was there, Castro allegedly tells cameras that her groom said she would be “f–king dead” once they both returned back to their home state of New York. Thankfully De Nino was wearing a live microphone at the time of the alleged threat so once A&E’s production team heard it, they offered Castro personal security.

At the end on tonight’s Reunion host Kevin Fraser confronts De Nino about cheating on his wife on Valentine’s Day. The request prompts Ryan to walk off set after requesting a “break.”

Allegedly Castro also accuses De Nino of drug use. The accusation may be what sends him over the edge.

Initially Castro claimed:
“Divorce is not in my vocabulary,” but I think the current situation has changed her mind.