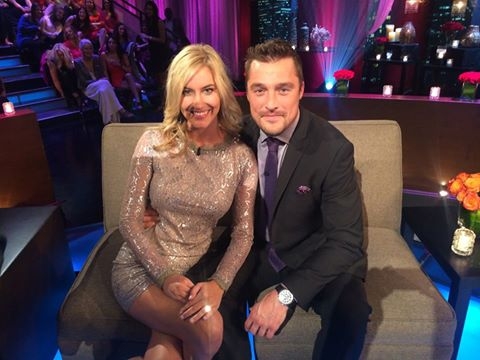 ABC Bachelor and farmer Chris Soules, 33 recently ended his 6-month engagement with fiancé 29-year-old Chicago-based fertility nurse Whitney Bischoff. But the couple did not reveal the cause of their sudden break up.

The first question when these couples break up is always was there someone else? And in this relationship the answer is ‘yes’. There had been a lot of speculation that Chris had a crush on his Dancing with the Stars partner Witney Carson. In fact in this video you can even see Chris tell Witney he ‘loves her’.

And a new report in OK! magazine, published on Thursday, June 4, claims the couple split because of Soules’ constant contact with Carson.

“Chris refused to quit speaking to Witney after the show ended” …… “And his relationship with Whitney imploded.”

I actually thought it was telling that the two did not wait until the Holidays when there would be less media and bad press for the show. The timing suggested to me that they could not stand each other one minute longer.

The insider for OK! magazine claims that things “definitely aren’t amicable” between them.

You could tell that Chris was hot for his DWTS partner and according to the insider:

“Chris and Witney had immediate chemistry — and it was obvious to everyone,” …… “They couldn’t keep their hands off each other, [and] it made Whitney really uncomfortable.”

No word yet on whether Chris is dating his DWTS partner.