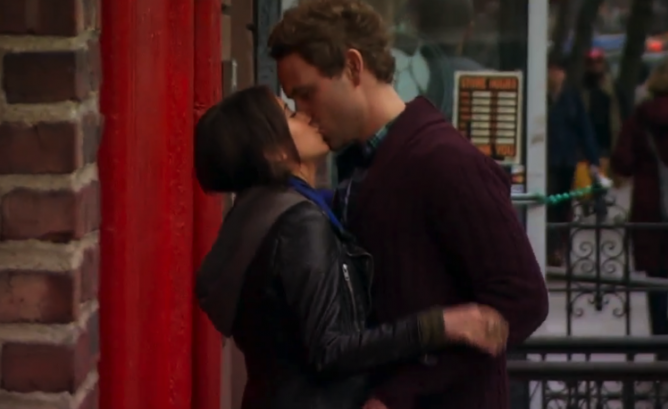 Well we know the two had a “friendship” over social media prior to the show and according to a source at E! News “Nick saw Kaitlyn on The Bachelor and really enjoyed her,” ……”He liked how she just put everything out there.”

And according to Reality Steve it was actually a lot more than just social media—the two enjoyed a lot of Face Time online. Nick was allegedly “torn” as “feelings had developed, but he never wanted to stand in the way of her opportunity” according to E.

The source continues that “by the time she was one of two front-runners, they were speaking on a very frequent basis.”

In regards to the question of why he decided to return…

“He decided he wanted to do the show and pursue her. His attitude was, you only have one life. But he weighed the decision seriously….There was a lot of deliberating. If she had started to develop feelings for someone else, he didn’t want to ruin it for her. He genuinely cares for her and wants her to be happy.”

Kaitlyn told E this about her relationship with Nick prior to the show:

“We had a friendship before I came on and had that chance of being the Bachelorette, and we had talked a lot and had this connection that we both only understood as a friendship,” ….. “After I was gone, I guess he was missing that friendship and thinking maybe it was more than just a friendship connection.”

Hmmmmmmm, I am not sure I really believe that these two simply had a “friendship” prior to the show and that Kaitlyn did not also have feelings for Nick.

The question is did these two pull one over on Producers? Nick has been accused of being a bit of a fame whore and wanting any attention from the cameras, but Kaitlyn seems to think that Nick would not have walked on to her season simply for fame.

“He had a rough go of the last season, and I truly believe he did show up for, here we go, ‘the right reasons’ because I don’t think he would put himself through that again if he didn’t feel that strongly about me.”

The men are obviously not thrilled about Nick’s return on Monday.

“They were confused, shocked, some were really supportive,” Kaitlyn told E News “And said, ‘We’re all here to make you happy and if this is something that could potentially be your happily ever after, you have to explore that. For the majority of them, they were not impressed. Understandably.”

The Bachelorette airs Monday at 8 p.m. on ABC.