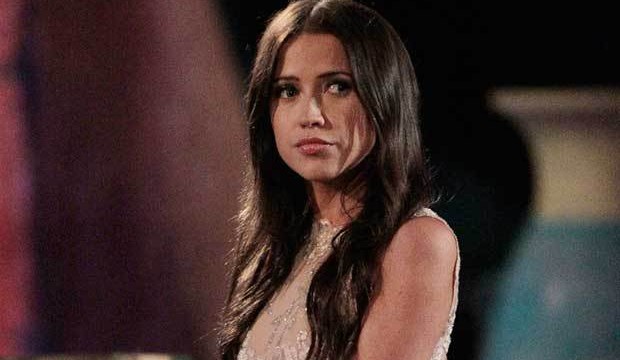 And apparently the decision was not easy. According to an insider at Us magazine in the final weeks of production Bristowe had given both men indications that they were “the one”.

“Everything was perfect,” says the show insider, “and then it wasn’t.” Two weeks ago she met the families in Utah and appeared to be falling for both. She told Shawn in Killarney, Ireland.

“I don’t know if you know how much I really care about this relationship and where it goes.”  And the following week Nick told Bristowe “I love you” after she met his family, and she replied, “Promise?”

But host Chris Harrison insists that Kaitlyn wasn’t leading anyone on. “Nick and Kaitlyn just have this thing,” Harrison tells Us. “It’s an undeniable connection. With Shawn, from the minute he got out of the limo, they’ve had this amazing romance. You can tell she deeply loves him.”

Ultimately Bristowe was afraid her feelings for Nick would not last. “I just get caught up in this world when I’m with Nick.”

Bristowe recently told Us magazine, “Did I see a lifetime with him? Or did I just see (when) he’s like, ‘I’m going to show you affection and throw you against the wall and kiss you,’ and I’m like, ‘Ohh, that’s hot!’”

On ATFR Nick Viall lashed out out Kaitlyn for allowing him to write and deliver a proposal speech. A move she said that she regretted.