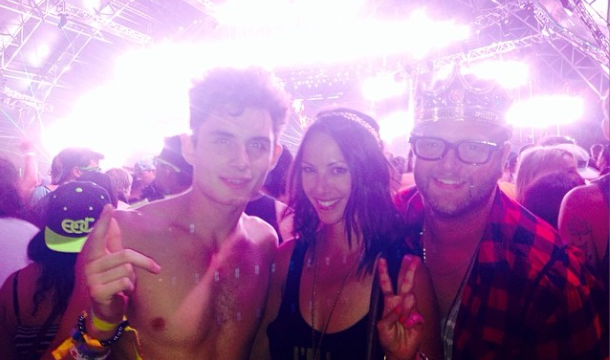 It looks like Vanderpump Rules stars Kristen Doute and boyfriend James Kennedy have broken up for good.

According to a source at Entertainment Tonight:

“Trust issues between Kristen and James turned into arguments,” …….. “It didn’t really make sense since James was always concerned about Kristen cheating on him. Unanswered calls from James got boring.”

Remember at Scheana Marie’s wedding, 32-year-old Kristen Doute got in to a huge fight with Kennedy and walked out with her Muay Thai trainer, Trevor Wayne.

I’m not sure anyone is too shocked after witnessing the rollercoaster of a relationship play out on season 3 of Vanderpump Rules. Not to mention James looked a lot more like a rebound than a potential life partner. The source claims that the 23-year-old DJ never thought of Doute as “the one.” Ouch!

The source also adds….”He seems happier without Kristen in his life.”

And it looks like James is not wasting anytime mending a broken heart because he has been posting pics on Instagram with a new girl, whom he spent Labor Day weekend with in New Orleans.

Doute has also allegedly moved on with Brian Carter, whom she met on dating app Bumble according to Us Weekly.

Thankfully this new drama will play out on season 4 of Vanderpump Rules.

Who is Caroline Fleming's ex husband?