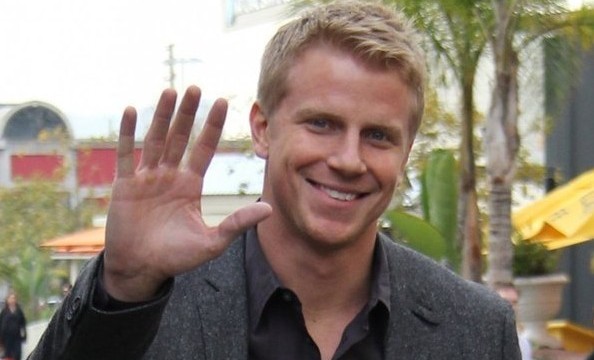 1. He has dated not one but two Dallas Cowboy Cheerleaders, Brook Sorenson She was on DCC from 2006-2010. AND he dated a Dallas Cowboy’s cheerleader named Ryan Ray. Ryan joined the squad in 2008

2. Despite being a self-proclaimed born-again-virgin he DID have sex with wife Catherine Giudici in the Fantasy Suite according to an insider.

The insider said “the first time was the night he proposed in Thailand” in their posh swanky Fantasy Suite at the Anantara Golden Triangle Resort & Spa.

“Catherine has always respected Sean wanting to show his Christian side, but she honestly would never marry him without making sure they had sexual chemistry,” … “It’s all for the show and his parents.”

4. Sean Lowe has actually been an active Christian since the 6th grade. He almost did not agree to do the show because of his Christian faith.

He spoke about his faith and concerns about being ‘Tha Bachelor’ in a video for Christian nonprofit I Am Second.

“I wrestled with it quite a bit thinking, ‘I’m pretty sure God opened this door but what if He didn’t?’ … What if I’m harming my testimony by going on a show and dating multiple people at one time, and kissing multiple people? What if people look at me and they say, ‘This is what is wrong with Christianity?’ Look at this guy. He’s professing one thing, and going on TV and doing the opposite. That was a big fear.” 5. Sean offered his sperm to his sister Shay and her husband Andrew Shull to help them have a baby. His sister had six unsuccessful intrauterine inseminations over a 13-month period at a cost of more than $20,000. So Sean stepped in and made the ultimate offer. Now THAT is loyalty!!!

Jamie Otis on the prospects of having a baby with Doug