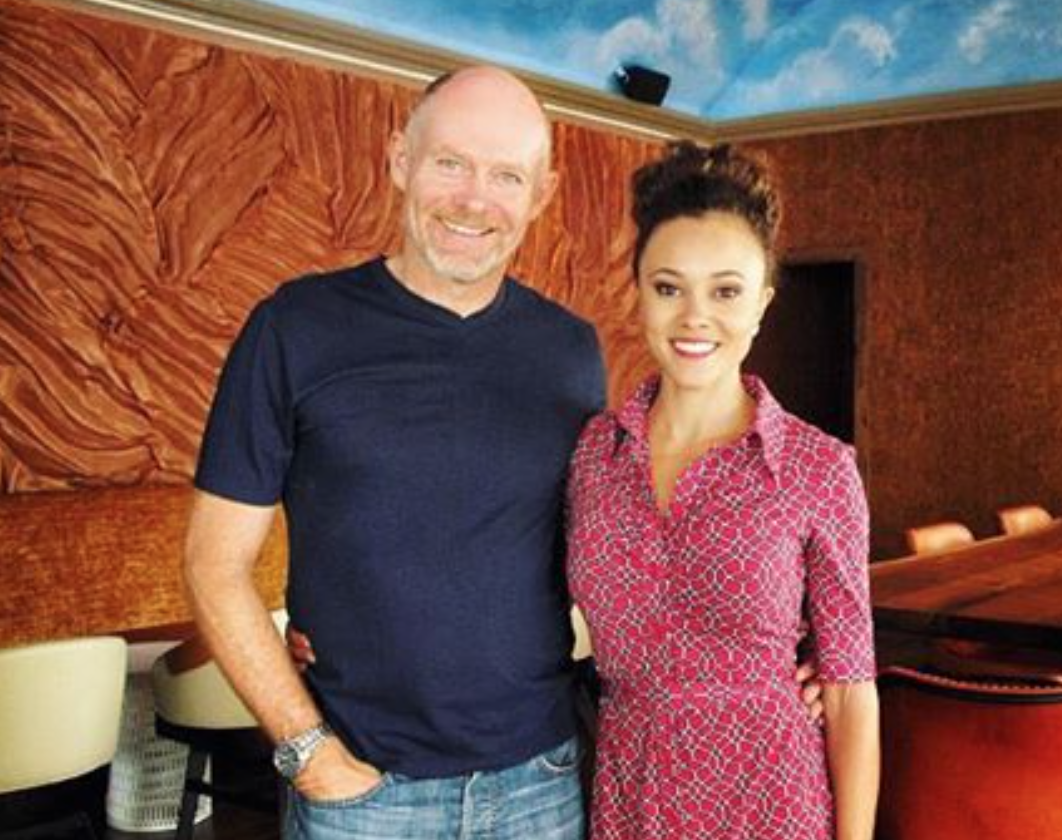 The cast finally got to meet the youngest Housewife of The Real Housewives of the Potomac 27-year-old Ashley Darby on Sunday night and they were intrigued when she told them she was married to a much older man.

In her Bravo blog she claimed,

“My relationship with Michael is anything but traditional, so I’m not surprised that weaves shift when I talk about it. There’s a 29 year age difference, we hail from different continents, we’re different races, AND we have polar political views. Patti Stanger would certainly never match us, but our common views on love and life create a strong underlying foundation in our marriage.”

I would actually love to hear Patti Stanger’s take on this relationship. Michael Darby, 55 is a very wealthy businessman from Australia. Seeing these two together was certainly odd and I am not holding my breath that the relationship will even last until the show finishes airing.

But, that said, they have been together for 5 years. As far as whether she knew how old Michael was when she met him she said,

“There was never any confusion about his age – I knew Michael wasn’t a young stallion, but he has this je ne sais quoi quality about him. When I (nervously) approached him I couldn’t say, “You should wife me up,” so I asked about a marketing internship at his company. After a few months, I gathered up the courage to ask him out for a real drink and that’s all she wrote!”

Of course Ashley claims in her blog,

“For our honeymoon, we trekked Mt. Kilimanjaro which tested our relationship in a whole new way. Don’t fret – the romance never died, we joined the (15) mile high club ;). With those endorphins, who needs Viagra?!”

So they did consummate their relationship. Obviously he was married before Ashley because he has children that are Ashley’s age.

The other big question is, is their a prenup?

In regards to how the happy couple met she said,

“I met Michael when I was 22 and bartending at L2 in Georgetown. At the time, I was working at night, going to school during the day, and enjoying my youth 24/7. I was talking to my manager in the main office when I watched Michael walk in on the security camera. Sweet baby Cleatus! Even with a blurry, black and white picture, I was hooked. Love at first sight is real, y’all!”

Hmmmm, stay tuned for more on this situation.