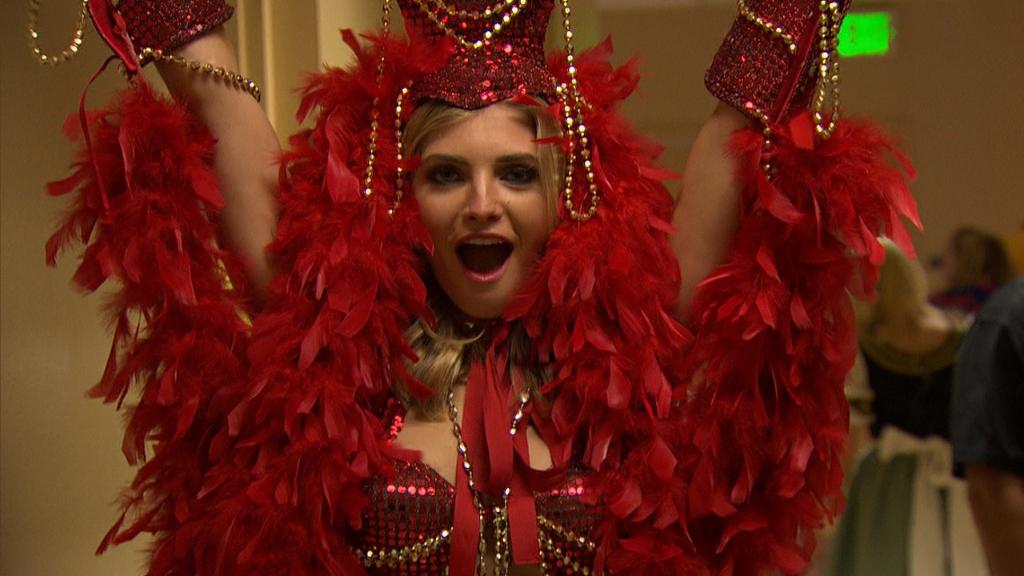 I do not know where to begin with contestant Olivia Caridi. I seriously expected Olivia to come off a lot more “normal” being that she is a newscaster and newscasters are known for their professionalism and their ability to handle themselves in difficult situations.

I certainly did not think Olivia would be the girl that I would diagnose with a personality disorder this season. But I was wrong.

Let’s go back to last week. To be honest I am still processing what occurred last week at the rose ceremony where Olivia pulled Ben aside RIGHT after he just announced that two of his close friends had died tragically in a plane crash the night before so that she could lament to him about her cankles.

Ben was understandably speechless at the absurdity of the situation, but Olivia was oblivious believing that in the grand scheme of life her cankles carried just as much importance as the death of two of his friends.

Cut to this week. Olivia makes some amazing comments/observations about her very one-sided relationship with Ben.

I was keeping track of them:

“Ben is my man. We are amazing together.”

“I love this man. I want Ben to be my husband.”

So apparently Olivia has been having an amazing relationship with Ben in her imagination while Ben has been on 1 on 1 dates with other ladies. So one might say she is having delusions of grandiosity. One might use the word “bipolar”.

Interestingly she quickly cycles and goes the other direction spiraling into debilitating self hatred and doubt.

At the Las Vegas talent show Olivia decides that she has the “talent” to be a showgirl and jumps out of a cake walking around the stage and lifting her leg in the air.

The performance is cringeworthy. In fact my Dad walked in as it was happening and asked if I was watching a “Lucille Ball skit”. Sadly, I said ‘no, this is a real talent show’. He exclaimed “she’s horrible then”. Yeah.

Anyhow, most people would laugh it off since no one really displayed any real talent in that competition, but not Olivia. She saw her poor performance as the biggest failure of her life since apparently she was expecting to perform well despite having no training as a showgirl?

To make things worse Ben gives her a very dispassionate hug and you know how well Olivia reads sub-text….and minds. So Olivia has a COMPLETE meltdown in her dressing room over the messages Ben was sending her in the hug.

BTW, this is in addition to comments that she had made to the other girls about spending $40,000 on clothes. So she is certainly not making any friends or garnering any empathy.

To make things worse Olivia keeps going up to Ben to talk about her concerns. “I dont know what planet I was on. I’m not normally insecure”.

To make things worse she says, “I wanna be with you all the time”.

To make things worse Olivia starts talking about herself in 3rd person. ”Olivia is here for you. Im not going anywhere.”

It’s like watching a car crash in slow motion and yet I don’t want it to ever end.

Olivia tells Ben she is falling in love with him despite not having a 1 on 1 date yet.

You can tell Ben is over it.

Surprisingly this is the girl that received the 1st impression rose.

So in the beginning before the show began I thought Olivia would make it to the end and if not would certainly be a contender for The Bachelorette, but I couldn’t have been more wrong. That said, I think Olivia has secured herself a place on Bachelor in Paradise …. for life.

PS, you really need to look at this video of Olivia’s parents from 1989. Her dad is a plastic surgeon and mom set her sights on dad in a way that reminds me of Olivia’s efforts to lock down Ben.